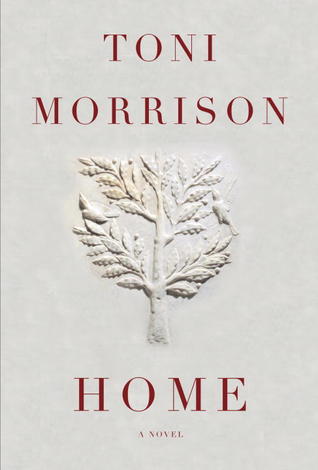 Home by Toni Morrison is a real disappointment. I read A Mercy when it came out a couple of years ago and thought it was fantastic, on par with Morrison’s masterpiece, Beloved. While Home has some powerful moments and extremely important subject matter, the language is indifferent and overall the story isn’t fresh.

Frank “Smart” Money has returned from the Korean War, but he’s a mess. We gradually learn that his two childhood friends Mike and Stuff died in the war, but his problems go beyond his mourning. He connects with a sweet woman, Lily, who is making her own way as a seamstress, but his problems are too much for him to take. He gets words that his sister Cee is dying and needs help, and so he heads home to Lotus, Georgia, running into his share of trouble along the way.

The one thing that makes the book stand out, and the only thing that could have saved it, is the reason for Cee’s illness. Desperate for a job, she works for a Doctor who uses her to conduct experiments. This is explosive stuff, but Morrison makes it seem like a minor aspect of the novel, which mostly centers on Frank and his problems.

It’s a very short book and fast read, though, so I’m still glad I read it.