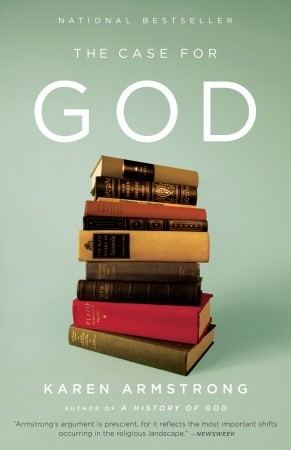 The Case for God by Karen Armstrong is my book club’s selection for March. (See Reading Liberally-Staunton.)

It was an interesting read, although frustrating at times. Armstrong gives a quick survey of the development of religion, especially the book-based religions, and the evolution (you should pardon the expression) in the concept of “God.” If she’s right that the modern concept of “God” is very different from what it was, then the rise of Christianity and Islam seem even more puzzling. Because the “modern” view of “God” seems rather backward, whereas the older views seem more compatible with modern science.

But Armstrong loses me with her attacks on the modern atheists. She is critical of them for being critical of the contemporary church, but that’s the institution we have to work with. If religions today held the same concept of “God” that she says they used to have, then I think there would be little argument between the atheists and the believers.

That aside, the book is a handy compilation of the history of Western thought . . .