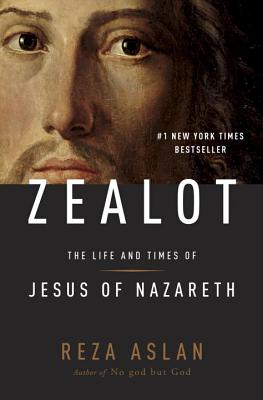 Zealot: The Life and Times of Jesus of Nazareth by Reza Aslan

I found this to be a fascinating book and, because I didn’t have a religious upbringing, I learned a great deal about who all the players were, what happened when, and who was related to whom. (Until now, most of my knowledge of Jesus came from Godspell and Jesus Christ Superstar–still love both of those shows.)

But the thrust of the book, or at least my takeaway, is that much of the New Testament is fiction. Not only was the story of Jesus invented so that it meshed with prophecy, but Paul–perhaps a false apostle–took the fledgling Jesus movement into a direction that the early Church leaders–Peter and James and others–resisted. But for Paul, the movement might have remained closely aligned with Judaism. There’s much more to the book, and a lot of history to absorb.

Aslan has been criticized by many, of course, because his book really threatens the underpinnings of Christianity (to put it mildly). Given my atheism, though, I found it convincing. Read it for yourself.