It’s been another big reading month for me, although June could be shaping up to be a lot bigger.

Probably the best of my May reading was Leonardo da Vinci by Walter Isaacson, the illustrated biography of the great Leonardo da Vinci who was born near Florence, Italy in 1452. I was audio-reading, but I also got the book out of the library because of the illustrations (audio-readers can download a pdf with the illustrations). I confess I haven’t been very specifically aware of Leonardo other than the “Mona Lisa” (which I saw in the Louvre years ago) and when I visit museums I generally avoid that period of art because I like to spend more time with late 19th and early 20th Century works, but his variety of genius—engineering designs, anatomical study, etc—is fascinating. I also learned a lot about 15th and 16th Century Italy, which I’d never given much thought to before. Also, it turns out that Michelangelo, Leonardo’s younger rival, was kind of a jerk. Who knew?

My book club read Severance by Ling Ma for May. The novel deals with a devastating plague of something called Shen Fever—an airborne illness that scientists believe originated in Shenzhen, China—that has either killed or infected a huge number of people, turning them into zombie-like creatures until they, inevitably, die. Candace Chen, a young woman working in New York, is among a small band of survivors that is looting homes and stores for provisions (and also killing the infected, which the self-appointed leader of the group considers merciful). Interspersed with this forward moving story is a lot (too much, in my opinion) of backstory—about her family, her ex-boyfriend (father of her unborn child), and job. I didn’t care for the novel’s structure or the story. It’s interesting, though, that this is the third novel I’ve read in the past year set or partially set in Fuzhou, China.

Last year, Jim McKean sent me his latest essay collection, Bound. I’m glad I finally moved it to the top of the stack and read these fine pieces. The book deals a lot with memories, many of them surfacing as a result of discovered objects—old photographs, for example. McKean is a fine writer and observer.

Poetry month is over, but I do like to read some poetry every morning before I start work. This month I read Let’s Sit Down, Figure This Out by Grant Kittrell. I picked this up when Grant did a reading here in Staunton with another poet I know. I would describe these pieces as surreal prose poems, as they are without line breaks and also quickly leave the realistic realm. Always interesting and thought-provoking, usually puzzling.

Partly because I’ve always been kind of obsessed with him and partly because of the title—which makes it research for my new book—I read Singapore Dream by Herman Hesse. I loved the book, because it’s a wonderful way to see into the man’s thinking at an important time of his development as a writer. The book is mostly non-fiction, although there are some poems and one short story, about his trip to Asia in 1911.

The non-profit theater I’m on the board of is entering a strategic planning phase and we’ll be using Michael M. Kaiser’s Strategic Planning in the Arts as a guide, so I read that. It’s not exactly exciting reading, but it’s a real nuts and bolts guide and it should be of use to us.

My friend Phyllis Duncan writes spy thrillers and I read one of hers, the first in a series: End Times. Because it is the first volume in a series, it isn’t entirely self-contained, which is a drawback. But the two main characters (also encountered in a previous book of Duncan’s), Mai and Alexei, are intriguing spies. Throughout, the dialogue is slick and fast-paced, a real strength of the book.

I’m reviewing a book of horror stories, Growing Things by Paul Tremblay. Horror has never been my favorite genre, but these are fine stories. It’s just that spooky and unexplained stuff happens—monsters in swamps, unstoppable weeds that are choking every living thing on the planet, some unspecified cataclysmic event, etc. It’s somewhat amusing that some of the stories seem to be about Tremblay himself, or feature a writer of horror stories.

On to the reading for June! 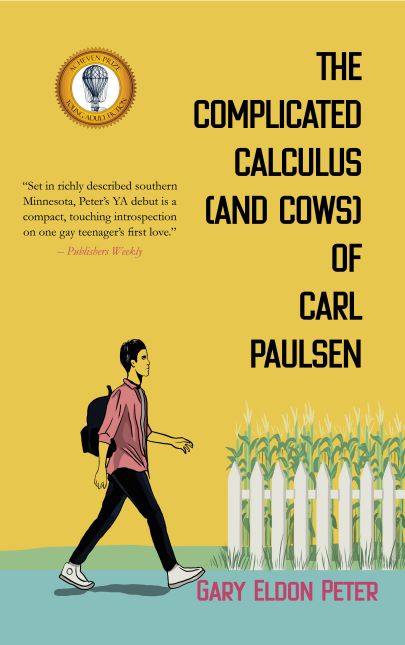