We all know that 2020 pretty much sucked overall, so good riddance. But it wasn’t a complete waste, at least not in my narrow little world, which is all about writing.

For the past few years, I have posted my writing goals for the year in early January. At the end of the year, then, I have taken a look back at how I did. Considering that no one anticipated that our lives would be disrupted by a pandemic, I think I did pretty well. Because I work at home anyway, my actual writing wasn’t directly impacted because of the situation, so in that I feel very fortunate.

New Book Published. The major event for the year and one of my primary goals was the launch of my new story collection, House of the Ancients and Other Stories, which Press 53 published in May of 2020. (The Kindle version came out in December.) While I’m very happy with the book, the pandemic did limit opportunities to get the word out. I did some readings on Zoom and managed to do a number of other online interviews, and a few reviews of the book appeared, but of course there were no in-person bookstore events. In fact, the pandemic put an end to the promotion I was still doing for my novel, The Shaman of Turtle Valley, which came out in 2019. Although I did a short book tour in North Carolina for that book in February, some events I’d had planned in March were canceled. I’m hopeful that we can all meet in person again in 2021.

Second Novel Readied For Publication. My second writing goal was to finalize the edits for my novel scheduled to be published in the spring of 2021 by Regal House Publishing. The editing process was fairly painless and went smoothly, after which I undertook the more painful task of asking other writers for blurbs. But I took a deep breath and did that and received some very nice comments from several writers I really admire. The publisher arranged for the cover design and after I suggested one slight change, that was also finalized. So, Oliver’s Travels is all set to come out in May 2021. In early January I’ll reveal the cover along with the blurbs.

Write and submit a personal essay. Nope. Didn’t do it. I did read more personal essays in 2020, and I’m currently reading a collection of essays, so I’ll be keeping this on the list of goals for 2021. On the other hand, I wrote a handful of poems that I quite like and toward the end of the year started submitting those to journals. That was somewhat unexpected and unplanned, but I’m pleased with the result.

Write and publish one or more book reviews.I was rather unambitious by specifying just one book review, because in the end I published five book reviews and two interviews, with another interview and a book review finished and scheduled to appear shortly. I think this kind of engagement with literature and the literary community is an important part of being a writer, so I’m pleased with this output.

Update the Literary Magazine Rankings. In early December I received the annual Pushcart Prize anthology and used it to update the literary magazine rankings that appear on my website. It’s time-consuming, but I know a lot of people use the rankings, so I remain committed to providing this service. I used to ask for donations to support the website, but I’ve had problems with the paypal link for donations so now I’m asking people to buy my books if they can. Cash is nice, but I’d rather have my words in the hands of readers.

Apply to Writing Residencies, etc. Nope. That didn’t happen, thanks to the pandemic, because virtually all of the arts colonies shut down in March and are only now beginning to make noises about reopening in 2021. I did two residencies in 2019—four weeks at Ragdale in January and two weeks at VCCA in December—but none in 2020. With pent-up demand, residencies may be very competitive for the next couple of years, but that’s okay. If travel becomes possible again in the second half of 2021, I may plan a DIY residency somewhere.

Finish my Work-in-Progress. I’ve been working on a novel for a few years and I had hoped to finish it in 2020 so I could query agents in 2021. But that did not happen. I’m nearing completion of a draft, but not a polished manuscript, so this goal is going to get shifted into the new year.

That’s it. I also had some ambitious reading goals for the year, and you can read about the results here. And tomorrow I will post my writing goals for 2021. 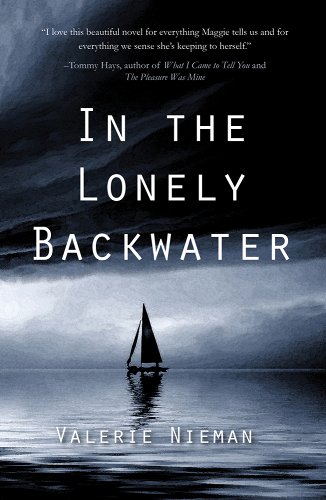