Interior Chinatown by Charles Yu is . . . clever. The book is a faux screenplay that illustrates the invisibility of Asians in America, both in the entertainment industry, where they were for a long time (still?) confined to roles that could be described as “Generic Asian Guy,” “Old Asian Woman,” and the like, but also in the larger context where they were also nearly invisible. In that context they all seem to work in a Chinese restaurant in Chinatown at the same time they are also extras in various episodes of an ongoing crime drama called Black and White. The point is fairly blunt, which is that white people have treated Asians like shit since they first started coming to this continent. It’s a little over-generalized for my taste. The point might have been made better with a narrative of specifics, although the clever structure might have been lost. Interior Chinatown won the National Book Award in 2020.

The Sentence by Louise Erdrich is an odd novel by a writer I’ve long admired. I picked this up when it first came out—got a signed first edition—but I didn’t get to it until I convinced my book club to read it. Tookie works in a bookstore in Minneapolis that specializes in Native American books, but also carries a wide selection of . . . everything. (Erdrich herself owns such a bookstore.) She has a colorful past—she served time in prison for stealing a body (to which drugs were duct-taped, unbeknownst to her) and then on release married the former Tribal Cop who arrested her. (Some will find this premise implausible!) Tookie is haunted in the bookstore by the ghost of Flora, a woman who died reading a particular book, that becomes the center of the plot, around which topical issues circulate: climate change, historical (and contemporary) treatment of Native Americans, Black Lives Matter and the murder of George Floyd, and the pandemic. While all of these topics are important, at the heart of the book is the haunting by a customer who just won’t leave the store even after her death. And the haunting is very much about books, which also play an important role.

Go Tell it On the Mountain by James Baldwin is intense. According to my Goodreads account, I read this book in 2011, but I don’t see how that’s possible. I remembered nothing about it while reading it now. Possibly the difference is that this time around I listened to the audiobook version, while also consulting the printed copy I have. (The narrator, Adam Lazarre-White, is very good, although he could read a little faster, in my opinion.) In any event, it seems unforgettable to me. While the book is John’s story—the book takes place on his 14th birthday—we spend long sequences with other people in his life including his mother, stepfather, and his aunt, all of whom grew up in the south and eventually migrated north. The stepfather is a fantastic character—a charismatic preacher who is seriously flawed. The mother is a good woman who has had to put up with a lot in her life. And the aunt, who knows the stepfather’s past and won’t put up with his present hypocrisy, has also had it hard. The book is about both race and religion. The religion gets a little tedious, but at least it gives us some hope that young John will be all right.

Conversations with Friends by Sally Rooney is okay, I guess, but not really my kind of book. I think there really are books written to appeal more to women than to men, and this is one of them. Set in Ireland, two young women are on their summer break from college and get to know a somewhat successful writer/photographer and her husband, a handsome actor. Frances, the narrator of the story, proceeds to have an affair with the actor. The affair is conducted under the nose of the wife and friend, who eventually make Frances’s life uncomfortable. I can’t stand any of these people, and don’t find any of them the least bit interesting or sympathetic. Ultimately, this one was very unsatisfying.

These Precious Days by Ann Patchett is a collection of essays by one of my favorite novelists. Three of the essays were already familiar to me as I’d enjoyed them in The New Yorker, but there are many others, some long, some short, that I didn’t know and thoroughly enjoyed. These personal essays are not of the kind where the writer relates personal experience to a larger issue, unless that would include the human condition. For the most part, these are memoir. For example, the title essay is about her relationship with a woman she got to know because she was Tom Hanks’s assistant, and Patchett was working with him as the narrator of the audio version of one of her novels. The woman is diagnosed with cancer and comes to stay with Patchett and her husband in Nashville while undergoing clinical trials for a new treatment. While one can draw larger conclusions from Patchett’s experience in this relationship, the point is the experience, not something larger. It’s probably even more moving for that.

Jinwar and Other Stories by Alex Poppe is a short collection of stories (although the title story is almost novella length). I was intrigued because the stories are set in Iraq or elsewhere featuring people who have served in Iraq or had another connection. I’ve read a number of books by veterans who served in Iraq or Afghanistan, and at least one by a journalist, but this author worked there in humanitarian aid, so brings a somewhat different perspective.

The Italian Professor’s Wife by Ann Redone is a collection of poetry, winner of the 2022 Press 53 Prize for Poetry. I attended a Zoom reading featuring the author and enjoyed the selections she read, which included both short poems and short excerpts from a faux screenplay. The book is quite fresh and interesting, as much for the gaps in what is not said as for the words on the page. It’s a short collection and fun to read. 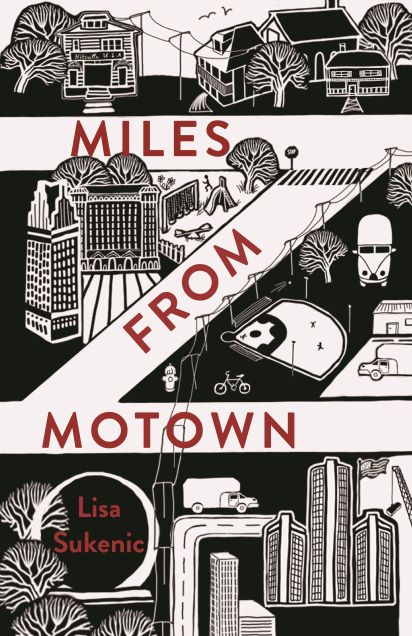