Big reading month for me. I finished nine books!

Long Shadows by Abigail Cutter is a novel set in my part of Virginia—just down the road, in fact—that is narrated by a ghost, with the story of his life told in flashbacks. Having come of age at the start of the Civil War, he joined the Confederate Army and survived through ferocious battles and a Union Army prison, then returned to the family home a deeply troubled and angry man. After his own death and the death of his wife and the last living occupant of the house, his widowed daughter, he remains, unable to move on. In the present, his peace is disturbed when a young couple (who turn out to be his grandson and his wife, although the ghost doesn’t know this at first) begin moving into the house they’ve inherited, disposing of his furniture, and modernizing the place for a weekend retreat. The wife senses his presence and attempts to communicate with him, but he wants no part of her. The author, whom I met at an event recently, says that the story is inspired by her own experience fixing up the old farmhouse her husband inherited, including her encounters with the ghost of her husband’s grandfather. The author did some great research for the Civil War portion of the book and the details are compelling.

Silt by Chris Geier is subtitled “ein hard-boiled spiel” and is a novella about Werner Bosenbach, a German immigrant in Cincinnati who in the mid-19th Century is an “investigator.” Basically, he does a variety of odd jobs, and in this instance, he is hired to find—and kill—the murderer of a steamboat captain. Because the captain’s steamship route allowed him to bring runaway slaves to Ohio, where they would be free, it is assumed that a notorious slave hunter is responsible for his death. Werner believes this also, at first. Indeed, it is a hard-boiled tale.

Once I Was Cool by Megan Stielstra is a collection of personal essays originally published in 2014 but reissued by Northwestern University Press in 2021. The personal essay is an interesting form, but sometimes they stray too much into the personal realm for my taste. There’s a fair amount of navel-gazing here, and I suppose that’s what some people like in an essay, but I prefer pieces that look beyond the writer to draw some broader conclusions. Sure, some of these essays do that, but there’s a lot of episodic detail about, literally, sex, drugs, and rock & roll, that isn’t terribly meaningful for me. On the other hand, she writes about Chicago, which I do know, and Prague, which I also know a little, and writing, which I know, and teaching, which I also know. So, on some levels, I could relate.

The Observant by Ravi Mangla is the story of a documentary filmmaker who is at first in a secret location in a Middle Eastern country to meet with dissidents to record their stories. After uploading the file of his interview and deleting it from his equipment in order to be safe and to keep the dissidents safe, he returns to the city and is arrested by the authorities anyway. He’s imprisoned and interrogated, but eventually, he is coerced/persuaded by the country’s dictator to make a film about his life. The political situation in the country is tenuous and everyone is afraid of the dictator, including his wife and security guards. This book is riveting and beautifully written, and, though short, manages to tell in some detail the stories of the filmmaker, the dictator, and the dictator’s wife. Highly recommended.

The Linchpin Writer by John Matthew Fox is a new craft book that focuses on the most important elements of a novel—the opening, the first line of dialogue by the protagonist, the experience of emotion, etc. It’s an approach I haven’t seen before, and Fox’s style is charming and chatty. Fox runs the entrepreneurial website Bookfox, where he dispenses advice, offers classes, and generally makes himself useful to the writing community. And now he has a book (other than his own collection of short stories) that he can sell to his many followers. Smart. Anyway, it’s a good book, and not just for beginners. It gave me a lot to think about.

An Immense World by Ed Yong is an impressive achievement that I convinced my book club to read this month. The message, as I understand it, is two-fold. First, humans need to realize that the creatures who share this planet with us perceive things very differently from us. Second, light and sound pollution need to be recognized as threats just as water and air pollution, all of which threaten the existence of other animals. The second message is reserved for the final chapters of the book, after Yong has amassed an enormous amount of amazing detail about animal senses. It’s compelling, if somewhat overwhelming.

The Plantagenets by Dan Jones is a fascinating story that covers the Plantagenet Dynasty in England from 1154 when the reign of Henry II begins to 1399 when Henry IV is crowned and becomes the first king of the House of Lancaster (not technically directly in the Plantagenet line because he is the cousin of the previous king, Richard II, and not his son). It’s endlessly fascinating with intrigue, plots, wars, rivalries, beheadings, etc. It’s a long book, but still easy to follow, although don’t expect to remember all the dates and the enormous cast of characters. My own interest in the Plantagenets comes from both Shakespeare and my own ancestry. In addition to having a paternal line that came from Lancashire to the US (the basis of my Lancastrian allegiance in Shakespeare’s plays about the War of the Roses), I’ve also traced my line through an ancestor on my mother’s side to John of Gaunt (father of Henry IV and son of Edward III (and therefore, running the lineage back to the first of the dynasty, Henry II). [Note: This isn’t as special as it sounds. If you go back 20 or so generations, there are several million people from whom you are descended in that generation, but it is fun to be able to name a particular member of that generation who is notable in history.]

The Cardiff Giant by Larry Lockridge is a fast-paced, outlandish, and entertaining short novel, the first volume of a quartet of books. An investigative reporter from the Discovery Channel arrives in Cooperstown NY to investigate the disappearance of the “Cardiff Giant”–a petrified statue of mythical proportions. He encounters a crazy cast of characters, including a seductive pair of sisters, who only feed his own insecurities and superstitions. This is a fun romp by the author of Shade of the Raintree, a terrific biography of the author’s father, Ross Lockridge Jr., author of Raintree County, a great novel you’ve probably not read or even heard of. (Possibly you have heard of a movie that was made from the book, but the movie pales in comparison.)

Certain American States by Catherine Lacey is a collection of stories that was well done but, at times, seemed too familiar—to other stories I’ve read and also to each other. Toxic relationships, departed spouses (dead or just gone), and main characters at a loss for what to do next. A couple of the stories have male narrators, but it wasn’t clear that they were male until fairly deep into the story. One story that may stick with me is the weirdest of them, about a man who learns while staying at a hotel on a business trip that he’s been fired. In the end, it struck me as being good Kafka. 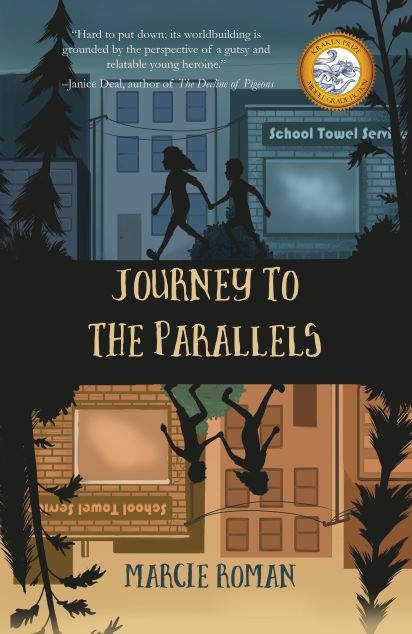