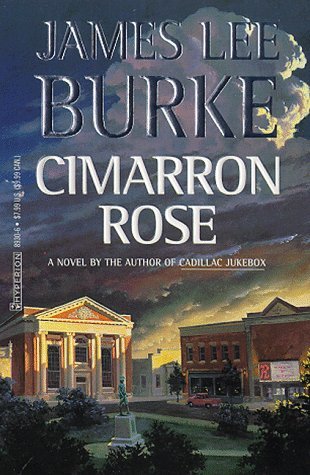 Cimarron Rose (Billy Bob Holland) by James Lee Burke isn’t a book you should read for the writing. The story is compelling, if only because the reader will want to know just HOW the bad guys meet their gruesome ends and how the good guys will be exonerated. (Also, having read another Burke, I guess the reader wants to know just what wounds the hero will suffer that will impact his performance in the next book.)

The good guy here–good guy, even with his flaw of a violent temper–is Billy Bob Holland, a former Texas Ranger now turned defense attorney (except that he won’t take drug trafficking cases). He’s the lawyer for Lucas Smothers, a kid accused of murder. Lucas just happens to be Billy Bob’s illegitimate son, which is the town’s worst-kept secret. But Lucas and Billy Bob have enemies, so it’s not easy . . .

Ugh. Lots of flat characters and one cliche after another. I can’t recommend the book, but I keep reading things like this to see if I can learn anything about plot.