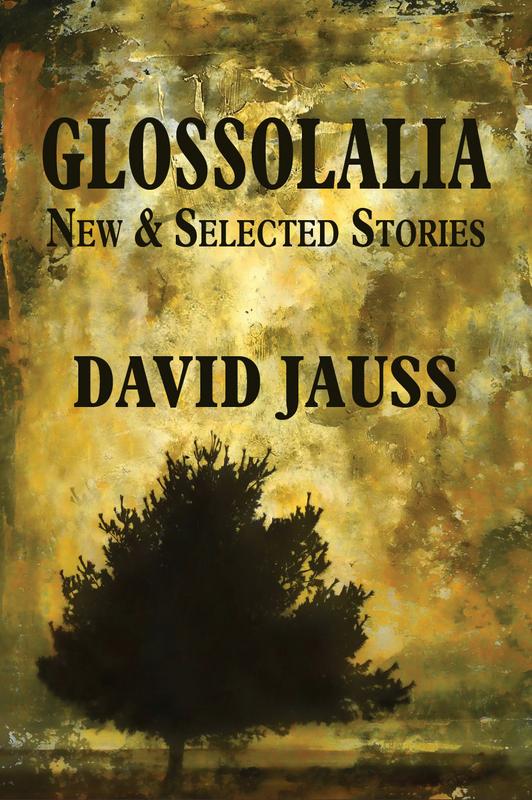 I first became aware of David Jauss from reading his wonderful essays on the craft of fiction that appear often in The Writer’s Chronicle, the magazine of the Association of Writers and Writing Programs. Invariably, these essays are lucid and helpful. I was very pleased, then, to learn that Press 53, the publisher of my two short fiction collections, planned to publish Jauss’s new book, Glossolalia, and I was even more pleased when I was offered the chance to see an Advance Reading Copy. Having just finished reading the book, I feel honored that we share a publisher.

The book includes stories that have won Pushcart Prizes and O. Henry Awards and have appeared in Best American Short Stories. Some of the stories have been published in prestigious literary magazines such as StoryQuarterly, Shenandoah, New England Review, and Prairie Schooner. And all of the stories are rewarding to read.

My favorite story in the book is the title story, “Glossolalia,” which originally appeared in Shenandoah and also was reprinted in Best American Short Stories and the Pushcart Prize anthology. It’s a dark tale about a father who is struggling to take care of his family and the son who can’t quite bring himself to forgive him for his failures. The title refers to the religious act of speaking in tongues but also to the fact that this father tries to explain himself to his son in words that the son can’t, or won’t, understand. It’s a very powerful story.

But there are others that leave just as strong an impression. Another favorite is “Rainier,” also about a father who needs forgiveness from his son. I also loved “Tell Me Something,” a story about a couple who have been married for a very long time but are still learning about each other. In many of the stories, an outcast is looking for a way to fit in or, at any rate, to make his own way in the world. “Misery” (described as “after Chekhov”) is about a hunchback who has been humiliated by his colleagues. “The Bigs” is about a baseball player from the Dominican Republic who is out of place in multiple ways. In “Hook,” a man invents an explanation for his prosthetic hand. Not to mention the story “Shards,” which is about a man who—no, I’m not going to say what that one’s about except to say that it’s a pretty disturbing story.

The book begins with another very powerful story in this same vein. In “Torque,” a man has lost his family because of his obsession with owning a limousine. He buys an old Cadillac and plans to fix it up, but his wife gets fed up with him and his dream and leaves. Because he wants to turn it into a stretch limo, he cuts the car in half, an act that attracts the attention of a neighbor in a way that surprises the reader.

Glossolalia is a powerful collection of moving stories, unlike anything else I’ve read recently. You still have time to pre-order a signed copy.