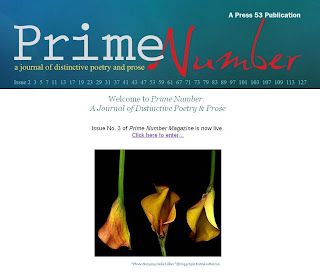 One of the fun things about being an editor of a magazine is the opportunity to select pieces from the magazine to be nominated for annual prize anthologies. Having been nominated for a few anthologies myself, I know what an honor it is to writers, so it’s something I take very seriously as an editor.

There are lots of these annual anthologies: Pushcart, O. Henry, BASS. And, because it is very rare for online publications to be included in these anthologies (although we do plan to nominate for the Pushcart), we’re very glad—as a brand new publication—to be able to nominate for anthologies that focus on the web. Specifically, Dzanc’s Best of the Web 2011, which is taking nominations now until the end of the month.

For BotW2011, we could nominate three pieces in any combination of fiction, poetry, and nonfiction. I asked each of the editors of Prime Number Magazine to select from among our pieces in their genre, and then the three of us decided which of those selected would get the nominations. It wasn’t easy! But we did it, and I sent the nominations in last night.

Very happy about that!