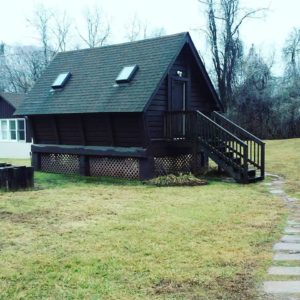 Toward the end of last year, I had a long writing residency at Virginia Center for Creative Arts, the conclusion of which I wrote about here: End of Residency Blues. While that month was wonderful, it also had its frustrations, generating doubts about the project I was working on.

Over the weeks that followed, I had a chance to think about writing goals for 2018, which I wrote about here: 2018 Writing Goals. People who read about my goals confirmed what I already knew: they were terribly ambitious. But less than six weeks into the year, I’m feeling pretty good about them.

For one thing, I finished selecting the 20 short stories that will make up the anthology I’m editing, Volume III of Everywhere Stories: Short Fiction from a Small Planet. There’s still a lot of work to be done (contracting, editing, formatting, publicity, etc.), but we’re easily on track for publication in the fall.

Another goal was to finish a story collection I was working on. I had thought about hiding out in the mountains at a B&B to focus on that, but a different opportunity knocked: a chance to return to VCCA for a short residency. While my last residency of a full month was my longest ever, this five-day stay is my shortest, but it has been incredibly productive. I’ve finished several stories for the new collection—they were already begun and in draft form—and I should be able to complete the manuscript in the next couple of weeks, before my self-imposed deadline of March 1. I’m very excited about that and look forward to submitting some of those stories to magazines and the whole manuscript to publishers in the near future. The image above is my studio, W5, also known as the “corn crib.” Very funky, but it has served me well.

With those two major projects in hand, I’ve begun to turn my thoughts back to the novel that had been frustrating me during my last residency. I have some ideas for restructuring what I have so far, and I’m hopeful that will give me the momentum I need to reach the finish line (“The End”) later this year.

So this residency, despite being extremely short, has been highly productive. I’m grateful for the opportunity to be here.

(If you are a writer, visual artist, or composer and have not yet done a residency at VCCA, consider applying. Go here for more information.)