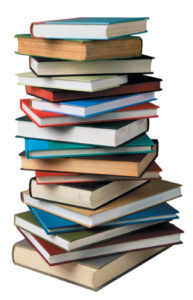 I love books, and I have a lot of them. I also have a lot of bookshelves, but not quite enough. (There is a growing pile on the floor of my office.) So I should be divesting myself of books, and occasionally I do manage to give away or sell a few, but between the books I buy and the books I receive for reviewing or other reasons, my book collection keeps growing.

For the past three years, I have been a member of the panel of judges for the Library of Virginia Literary Award for Fiction. (That’s the award my book What the Zhang Boys Know won in 2013.) Some time in the spring of each of those years, I’d start getting shipments of books that had been nominated for the award. I won’t say how many books were nominated, but it was a lot. Now that my term as judge is over, I’ll be able to make my own reading choices, but I confess I’ll miss those shipments of books.

A few years ago I learned the Japanese word “tsundoku” (積ん読). (A Japanese-speaking friend recently told me it’s not a word that’s actually used in Japan, but he knew what it meant.) It is the condition of acquiring books but letting them pile up without reading them. I read a lot–over 80 books this year plus countless literary magazines–but even if I stopped acquiring new books I would never be able to read all the books I have (I’m not a young man). As disorders go, it’s pretty harmless, but it’s a sickness all the same.

Most years I volunteer as a moderator for one or more panels at the Virginia Festival of the Book. When I get my assignment–which includes a copy of each author’s book that will be discussed on the panel–I read and take notes on the books. In the years I do two panels, that’s a lot of reading, but I love it. Discussing these books in front of an audience is exciting. Not to mention the free books. (I also buy several new books each year at other events during the festival. I can’t help myself.)

I recently participated in a Facebook meme that sounded like a lot of fun, and it was. It’s basically a pyramid scheme, but one that doesn’t have any victims. I have no idea with whom the game originated, but that person posted on Facebook and asked people to play. Each of those people then did the same, with the instruction that the people who joined on their walls would send to the first person one book–their favorite–and then on their walls invite more people to play. The new people then would send the second-level people a book, and do the same thing. Because a participant only sends out one book, the cost of playing is minimal, but the payoff is potentially enormous. So I signed up and sent out one book to the address I was given, then recruited players on my Facebook page. I think I had about 12 people sign up. A few of them couldn’t quite figure out how the thing worked, but several of them followed the instructions perfectly (one person had over 40 people sign up on her page) and the books started flowing. As of today, I’ve received 30 books through the game and I feel pretty guilty about it. Plus, I have no place to put them and they’re currently piled on a chair in my office. There’s some good stuff there, though, and I hope to read books like A Man Called Ove by Frederik Backman, NW by Zadie Smith, Blasphemy by Sherman Alexie, Unbroken by Laura Hillenbrand, and many more.

The novelist David Abrams has a great blog called The Quivering Pen on which he reviews and comments about books and writing. He also sends out a regular emailed newsletter to subscribers in which he runs contests for free books. I don’t always bother to enter the contest, but recently I did when Abrams was offering a “Big Box o’ Books.” So I threw my name in the cyber-hat and, miracle of miracles, won. The box arrived last week and it was a bit like an early Christmas. The box included a few titles I’d already read, but a few that I am really looking forward to reading, like Jonathan Baumbach’s The Pavilion of Former Wives, Robert Coover’s Huck Out West, B. A. Shapiro’s The Muralist, and many others.

Then there are the books I receive for review. I’m not a big-time reviewer with a regular gig, but I’m on the radar of some publishers and publicists, so I do get advance reading copies from time to time. (I’m reading one of those right now that I plan to review this winter.

And I’ve been known to buy books, too. I recently got an enticing offer from a small press that I hadn’t purchased from recently, so I bought several of their books. (Check out Shambala, especially if you have an interest in mindfulness or Buddhism.) Also, I did a reading in Greensboro, North Carolina recently, and I like to support independent bookstores that are kind enough to host me for such events. I bought a couple of new hardcovers there that look great (one by a friend). While I was there, my publisher, Kevin Watson of Press 53, gifted me a couple of the press’s new titles.

So many books, so little time. 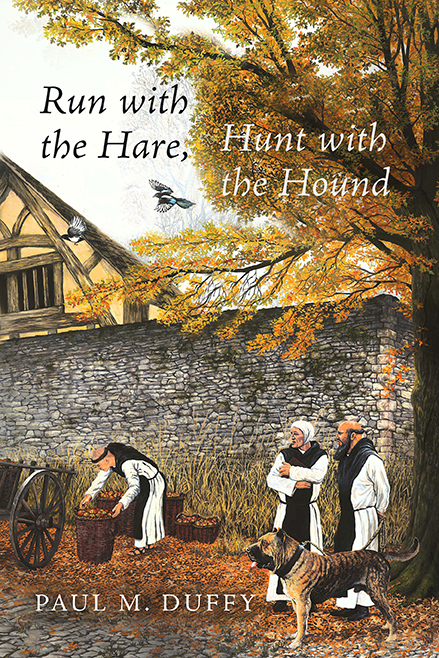