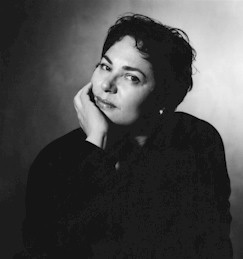 If I didn’t already know, I’d have guessed from reading this slim collection of stories that the author was a psychotherapist. Several characters are undergoing thereapy; there are several who should be. But more importantly, and revealingly, the author seems clearly to understand motivation the way a keen observer of human behavior and thought can. It’s almost an unfair advantage!

This collection was nominated for a National Book Award in 1993 (the winner that year was The Shipping News by Annie Proulx). Beginning the book, I was surprised that it was that highly regarded. The first story, the widely-known “Love is Not a Pie,” I found disjointed, with more characters than a reader could easily keep track of–and more than seemed necessary. Several stories had multiple or omniscient points of view, which seemed odd in short stories. An otherwise terrific story, “When the Year Grows Old,” had a jump from the daughter’s point of view to the father’s, for reasons that I still don’t understand–to me it reads like a mistake. But there are two clusters of stories in the collection, “Three Stories” (containing “Hyacinths,” “The Sight of You,” and “Silver Water”), and “Henry and Marie” (containing “Faultlines” and “Only You”) that are brilliant, linked stories that look at the same relationships from different perspectives, as if the good Dr. Bloom might have been treating the whole family and so had this uniquely mult-dimensional opportunity. These clusters sold me on the collection.

I’ll quote from the last story (“Psychoanalysis Changed My Life”), one that has an uplifting ending. Marianne is seeing a 80-year-old therapist and visits her at home where she meets the therapist’s husband (this older couple reminds me of Grace Paley and her husband–slightly frail, yet spry for their age, kind, caring, brillian people) and learns about the family, including a son’s ex-wife:

“‘Naria left them almost two years ago. She has a narcissistic personality disorder. She simply could not mother. People cannot do what they are not equipped to do. So, she’s gone, back to Lebanon. Also, very self-destructive, to return to a place like Lebanon, divorced, a mother, clearly not a virgin. She will care for her father, in his home, for the rest of her life. Who can say? Perhaps that was her wish.’
Dr. Zurmer said ‘narcissitic personality disorder’ the way you’d say ‘terminal cancer,’ and Marianne nodded, understanding that Naria was gone from this earth.”

So, as I mentioned some days ago, I’ll be in Amy Bloom’s workshop at the Indiana University Writers’ Conference. I’m already second-guessing the motivation behind the characters in the story of mine we’ll be reading.

Here’s a terrific interview with Amy Bloom in Identity Theory.