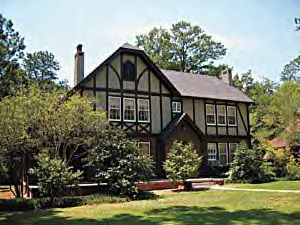 The current issue of Preservation, the magazine of the National Trust for Historic Preservation, has an article by Ann Patchett (author of Bel Canto) about Eudora Welty’s home in Jackson, Mississippi. The house has been restored and this year was opened to the public. The article (unfortunately only an excerpt is available online) describes the den in which Welty worked and also recounts this tale:

“Even the kitchen is steeped in literary history. It was here that she burned her only copy of “The Petrified Man,” which Robert Penn Warren had rejected for the Southern Review. When he later wrote back to say he’d changed his mind and would like to see it again, she typed it up as best she could from memory. The story won an O. Henry Prize, an honor Welty was to receive seven more times. She bought an Ansley phonograph with some of ther prize money, and of course the phonograph is the house as well.”

I wonder if Bret Lott has been trying to contact me about one of my stories he’s rejected?

The issue has an article by Wendell Berry (“My Old Kentucky Home”) and a book review by Philip Lopate. Who knew historic preservation was so literary?