Everywhere Stories: Short Fiction From a Small Planet will be published in October and is now available for pre-order from the publisher. The anthology contains twenty stories set in twenty countries. Contributor Ben Berman’s story is set in Zimbabwe, where he served in the Peace Corps.

Ben Berman’s first book, Strange Borderlands, won the 2014 Peace Corps Award for Best Book of Poetry and was a finalist for the Massachusetts Book Awards. His second collection, Figuring in the Figure, probes the perplexing and transformative experiences of fatherhood. He has received awards from the New England Poetry Club and fellowships from the Massachusetts Cultural Council and Somerville Arts Council. He teaches in the Boston area, where he lives with his wife and daughters. www.ben-berman.com 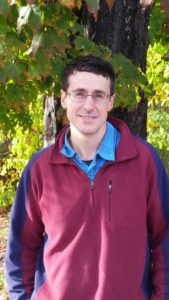 Comment on “Disambiguation”: These flashes are part of a larger sequence inspired by the many conversations I have had with my young daughters about words and their amazement that a single word can mean so many things. I began to wonder what it would be like to write narratives where each section explored a different sense of the title word. Each piece, here, is structured in a similar way—written in three parts, with each section exploring a different meaning of the title word. And many of these stories are based on actual events from my time as a Peace Corps Volunteer in Zimbabwe—a fellow teacher really did organize a strike at a funeral over not being served beer; there really was a tall mute who saved me from a conman with a flying karate kick—but the form that I worked in allowed my imagination to take these stories in new directions, to seek turns and counterturns, and to probe the strange relationship between language and meaning.