Contributor Chris Cleary’s story, “An Idea of the Journey,” is set in Norway. It’s one of 20 stories included in Volume II of Everywhere Stories: Short Fiction from a Small Planet, available now from Press 53, Amazon, and Barnes & Noble.

Chris Cleary is a native of southeastern Pennsylvania, in which many of his stories are set. He is the author of three novels: The Vagaries of Butterflies, The Ring Of Middletown, and At the Brown Brink Eastward. He travels back to 1925 for his fourth novel. He lives with his wife Pam in Virginia, where he teaches writing and literature. 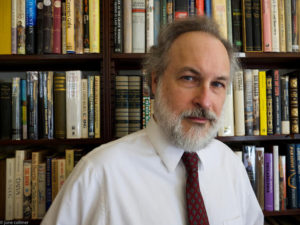 Chris Cleary’s comment on “An Idea of the Journey”—The impulse to write this story came out of a personal mensis horribilis. I had been finishing the draft of Brown Brink, in which the character of Jørn appears as an older teenager and as a quantum physicist later in his life, and I wondered, How would the sudden death of a loved one affect a precocious young boy who had been raised in skepticism and emotional detachment, but is in essence a creature of faith? Where would he look for answers? What conclusions might he arrive at? And so “An Idea of the Journey” became Jørn’s back story.