Contributor Christopher Woods’s story, “Today, Quite Early,” is set in Mexico. It’s one of 20 stories included in Volume II of Everywhere Stories: Short Fiction from a Small Planet, available now from Press 53, Amazon, and Barnes & Noble.

Christopher Woods is a writer, teacher and photographer who lives in Houston and Chappell Hill, Texas. He has published a novel, The Dream Patch, a prose collection, Under a Riverbed Sky,and a book of stage monologues for actors, Heart Speak. His work has appeared in The Southern Review, New England Review, New Orleans Review, Columbia and Glimmer Train, among others. His photographs can be seen in his gallery christopherwoods.zenfolio.com. He is currently compiling a book of photography prompts for writers, From Vision to Text. 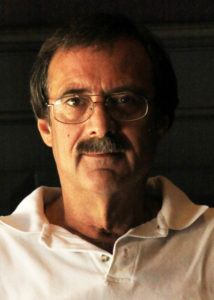 Christopher Woods’s comment on “Today, Quite Early”—The inspiration for this story came in an ironic way. I was in a swimming pool in Puerto Vallarta, Mexico. I had a conversation with two women who were also in the pool. As it turns out, they were staying in a much larger resort hotel nearby, but they had come to my smaller hotel because there had been a drowning, of a bridegroom, in their hotel pool the night before. They were spooked. As they told me what had happened, I knew I had a story to write. I needed to decide on a narrator for the story, and that is when I thought of a hotel maid.