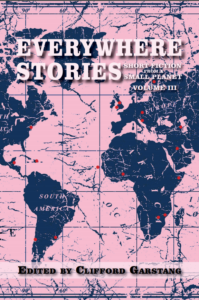 Everywhere Stories: Short Fiction from a Small Planet Volume III is now available for pre-order from Press 53. Like the earlier volumes, the book contains 20 stories set in 20 countries by 20 writers. J. Thomas Brown’s story is set in Finland.

J. Thomas Brown lives in Richmond, Virginia, with his wife, Deborah, two cats and a dog. They have raised three children and have three grandsons and a brand new granddaughter. He has coproduced local TV writing shows and coordinated poetry readings at the Richmond Public Library. His short stories have appeared in The Zoo Fence and the Scarlet Leaf Review. J Thomas has poems due for publication in the River City Poets Anthology (2018). His novel, The Land of Three Houses, was released in March of 2018. Currently he is completing a second novel that takes place in Xinjiang, China. 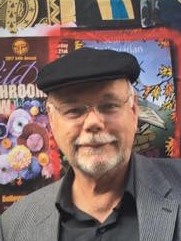 Comment on “Breaking Them with Words”: My father had the wanderlust. By the time I finished high school, he had moved our family up and down the east coast of America several times and to Sweden and England as well. During our stay in Sweden, we lived on the island of Lidingö near Stockholm, and became friends with a Swedish couple who, I later learned, were in fact born in Finland and became citizens after WWII. As a boy, one of my first impressions of Sweden was being invited to their home for Christmas Eve dinner and singing hymns around a tree decorated with real burning candles. They remained good friends of our family for many years after we moved back to the States and visited with us many times. One day we received the sad news that “Uncle Ari” had shot himself in the temple with his service revolver. My father thought the war had something to do with it and told us how “Uncle Ari” had been an officer in the Finnish Army and had to shoot a German soldier he had fought alongside of and befriended. The story is an attempt to understand what the Finns sometimes call “The War of Continuation,” and to speculate on how the insanity of any war can bleed into society for years afterward.