Contributor Pamela Hartmann’s story, “The Hôtel Paradis,” is set in Egypt. It’s one of 20 stories included in Volume II of Everywhere Stories: Short Fiction from a Small Planet, available now from Press 53, Amazon, and Barnes & Noble.

Pamela Hartmann did not intend to wait nearly a lifetime before throwing herself into fiction writing. She began teaching EFL temporarily with the Peace Corps in Korea, but “way led on to way.” She moved on to teach in Greece and then for over thirty years in California. During most of that time, she also wrote academic ESL textbooks. Today, she volunteers at a wildlife rehabilitation center and, finally, writes fiction. “The Hôtel Paradis” is her second published short story. 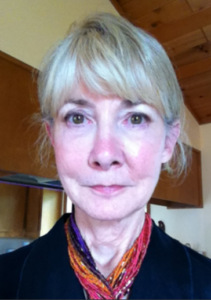 Comment on “The Hôtel Paradis”—The idea came from a one-sentence newspaper item about a woman’s lawsuit against an Egyptian hotel, for impregnating her daughter. Surely there was a story here. With none available, I invented one. The line about “flowers” being “picked” I credit to an avuncular Egyptian consul to Athens, forty-something years ago. He attempted, without success, to dissuade two friends and me—exceptionally unworldly students in a college-year-abroad program in Greece—from visiting his country for spring break. (We were not “picked” in Egypt, to our disappointment.) If the characters and family dynamics ring true, it’s due to that one week—and my immersion shortly afterward in Durrell’s Alexandria Quartet and, in the 1990s, Mahfouz’s Cairo Trilogy.