Everywhere Stories: Short Fiction from a Small PlanetVolume III is now available for pre-order from the publisher. Like the earlier volumes, this one includes 20 stories by 20 writers set in 20 countries. Jeff Fleischer’s story takes place in Australia.

Jeff Fleischer is a Chicago-based author, journalist, and editor. His fiction has appeared in more than three dozen publications including the Chicago Tribune’s Printers Row Journal, Shenandoah, the Saturday Evening Post and So It Goes by the Kurt Vonnegut Memorial Library. He is also the author of non-fiction books including “Votes of Confidence: A Young Person’s Guide to American Elections” (Zest Books, 2016), “Rockin’ the Boat: 50 Iconic Revolutionaries” (Zest Books, 2015), and “The Latest Craze: A Short History of Mass Hysterias” (Fall River Press, 2011). He is a veteran journalist published in Mother Jones, the New Republic, the Sydney Morning Herald, the Chicago Tribune, Chicago Magazine, Mental_Floss, National Geographic Traveler and dozens of other local, national and international publications. 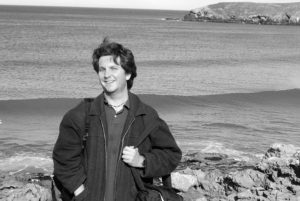 Comment on “Out Back”: “Out Back” began with a prompt to write a story inspired by the word “atlas.” I immediately thought of my time in Australia: the sheer vastness of the landscape, the unknown, and the myriad ways one can explore it. I decided to use both the freedom and risk that offers as a way to examine a drifting relationship and the ways that not making a choice can be its own decision.