Everywhere Stories: Short Fiction from a Small PlanetVolume III is now available for pre-order from the publisher. Like the earlier volumes, this one includes 20 stories by 20 writers set in 20 countries. Teresa Hudson’s story takes place in Mongolia.

Teresa Hudson holds undergraduate and graduate degrees from the University of Richmond and an MFA in Creative Writing from Virginia Commonwealth University, where she currently teaches creative nonfiction. Her background includes television and film production, music performance, and farming. “The Monk” is her third published story; her unpublished books include two short story collections, a collection of essays and a play (in progress). 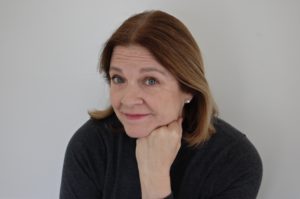 Comment on “The Monk”: The idea for “The Monk” stemmed from a news article in The Siberian Times a couple of years ago: “Mummified Monk Not Dead But In Rare Meditative State”. It described how the 200-year-old body of a Buddhist monk, found in a Mongolian cave, came to the attention of authorities after almost being sold on the black market. The fact that there is a black market for such things, and that some specialists considered the monk to be still alive, inspired me to create a story about a similar discovery. I have never been to Mongolia, but would like to someday.