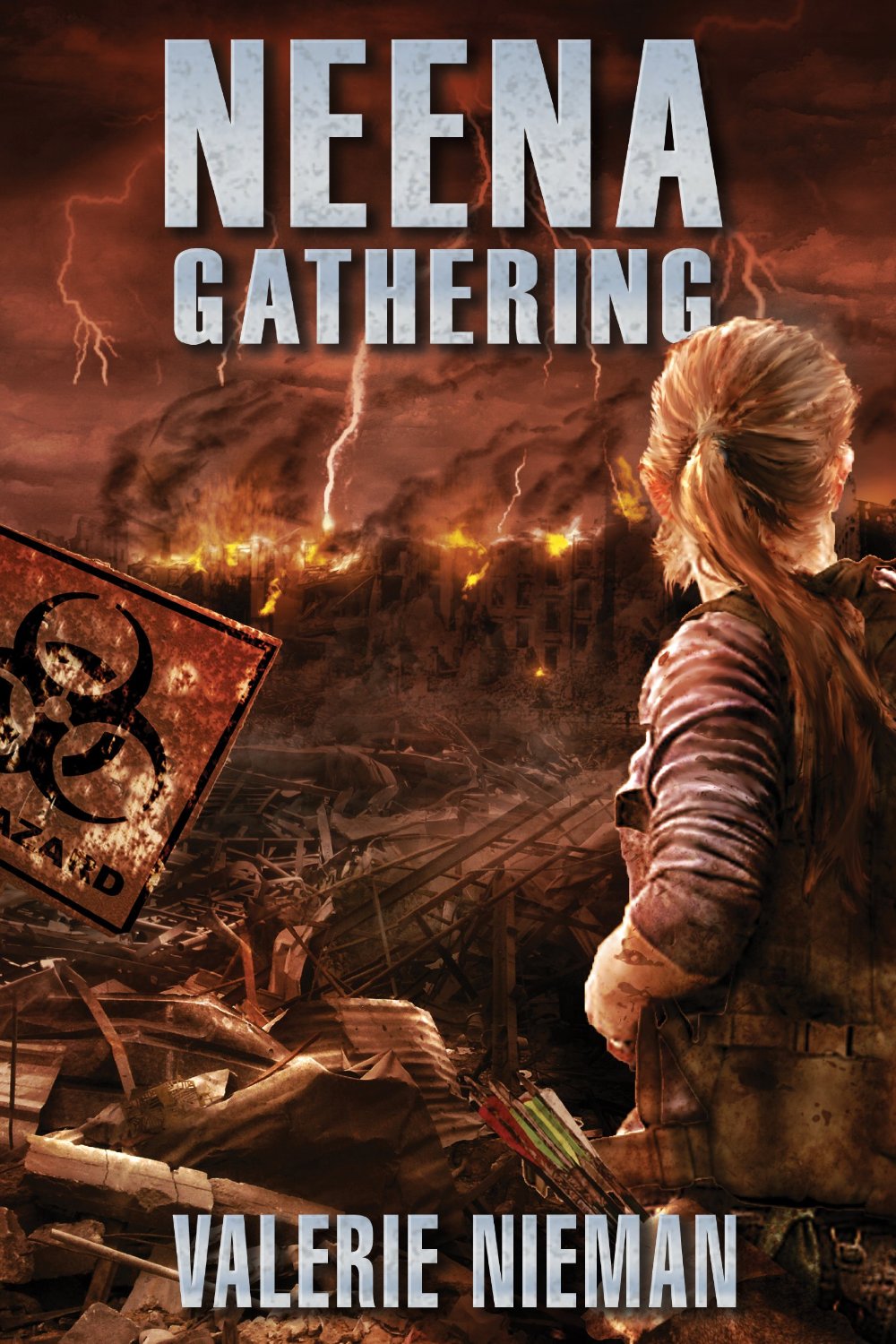 We Don’t Get a Do-over (Except When We Do)

Time is an arrow, right? Fired into the future, never to return. “The Moving Finger writes; and, having writ,/ Moves on.” So why, on a quiet Sunday morning, was I poring over new proofs for a 25-year-old book? It’s a long story that has to do with beginnings and endings and the quirks of the publishing trade, and how that arrow can sometimes make a Looney Tunes reversal.

In 1988, I was sitting in the basement of a house still under construction on a West Virginia hill farm, reading proof for my first novel. Neena Gathering was to be the debut science fiction title in a brand-new paperback line being launched by Crown Publishers. I was ecstatic, of course, though the arrival of the cover art made me flinch. (Embrace your lurid covers, Fred Chappell said, and gave me a copy of his Dagon as inspiration.) So the book appeared, and people said Nice Things in Publishers Weekly and Locus. Neena was translated into Portuguese and selling in Brazil. I completed and delivered a second SF novel. I was well embarked on that course.

Then came the merger, a portent of Things to Come as the publishing industry continued to consolidate until just recently it has shrunk down to a Big Five. Random House swallowed Crown, and the new paperback line was pulped. End of story. Slightly singed, I quit writing SF and shifted fully into mainstream/literary fiction and poetry.

Then, last year, I received an email from Permuted Press, best known for discovering John Dies in the End. Jacob wrote that he was picking up “the good apocalyptic/post-apocalyptic titles that are out of print with the primary focus being getting them out in eBook.” Thus it came to be that on a Sunday morning, I was reading proof of the same book for a second time. It was strangely like reading a new book. Did I write this? Who was I then? More romantic, that’s for sure. But as I read those new/old words, I began to see certain turns of phrase and images that continue to crop up in my later work. Some white artifact turned up from the dirt. The taste and chill of well water. Broken roads, abandoned fences. Trilliums foaming down a hillside. The exotic and wonderful names of plants. A girl alone on the land, alert to sounds and scents.

Neena, all but forgotten, was the first-fruits of my writing, and much of what concerned me then concerns me still. I’ve just completed a novel set in North Carolina, and while the heroine of Backwater is quite different from Neena, Maggie shares her intrepid spirit and love for the land she roams.

What gnaws at us in the middle of the night? What make us stop and listen, entranced by a sound or a song? Those obsessions are what drive writers – and what most concerns me as a writer, I’ve come to understand, is the end of things. Eschatology more than apocalypse. I wonder about what has been lost – whether it’s the community built around a Rust Belt factory in Survivors, the tobacco farming culture of Blood Clay, or the entire civilization in Neena Gathering. What happens in a marriage, a family, a community, a nation when the structure collapses? How do the survivors go on? And it’s not just in SF books with gaudy covers. I can see this same strain in my poetry, from a narrative of dissolution written two decades ago,“Expedition,” reprinted by Ray’s Road Review, or a more recent take on the end in “On the Beach”- published in the North Carolina Literary Review a couple of years ago.

As I read those proof pages (on a screen this time instead of paper, with hand-written notes from a wonderful editor, Karen V. Haas) I found things to like and thing I’d change. But this was a reissue, not a revision. The book was a product of a different self, and so it stands.

Second chances. As writers, we’re in somewhat of an apocalyptic world ourselves. The standard model of publishing and bookselling is coming apart. New opportunities appear and disappear – I recently found correspondence about a story that was accepted by the Alabama Literary Review, a very early entrant (in Compuserve days!) into the world of online publishing. That venture folded, too early for the market, but its successors have found an audience. Self-publishing is now an option not just for unknown authors but for best-sellers. Kindle Singles offer a home for individual short works. And books have a second chance through other presses and companies – Barnes and Noble launched a Rediscovers series of reissued titles in 2009, while Cambridge University Press has been bringing back books from its own extensive catalog as well as other noteworthy out of print titles. Press 53, which is the publisher of two of my books, has reprinted works by the great John Ehle and Doris Betts and Guy Owen.

So, in the words of Winston Churchill, “Never, ever ever ever ever give up.” You feel crushed when a book goes out of print, a journal folds, an agent disappears. But you just never know when another door will open.

Neena Gathering has been renewed. To celebrate, I’m offering a couple of signed copies of that original book on a Goodreads giveaway. Meanwhile, the Audible version is available for pre-order. A sample of that telling by Cassandra Morris is now up, and it is a strange and wonderful thing indeed to hear Neena voiced!

On May 28, time reverses, and the debut debuts again.

Nothing can ever happen twice.

In consequence, the sorry fact is

that we arrive here improvised

and leave without the chance to practice.

Valerie Nieman is an award-winning writer, teacher, and editor whose work emerges from her Appalachian roots. She is the author of three novels, a collection of short stories, and a poetry collection. Her work has appeared widely in journals and in several anthologies. She has received an NEA creative writing fellowship as well as grants in North Carolina, West Virginia, and Kentucky, and prizes including the Eric Hoffer Prize in General Fiction, two Elizabeth Simpson Smith awards in fiction and the Greg Grummer Prize in poetry. She graduated from West Virginia University and Queens University of Charlotte. A longtime newspaper reporter and editor, she now teaches creative writing at North Carolina A&T State University and is the poetry editor of Prime Number magazine.