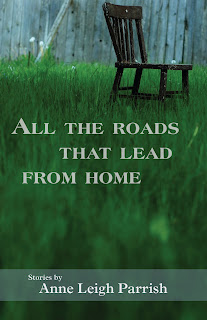 I asked Anne Leigh Parrish to tell us something about the origin of the stories in her new book:


“The eleven stories in All The Roads That Lead From Home take place or are associated with the fictional town of Dunston, New York. Dunston represents Ithaca, home of Cornell University, where I was born. At fourteen I moved out of state. When I went back, many, many years later, I found the town had never left me. It was a shock to feel how strong my memories were, and how deep they went. One way or another, the stories I wrote afterwards set themselves there.


“The Dunston in my collection may resemble the real town only on the surface. There’s the lake, the rolling hills, the brutal winters.  The campus and the gorges appear, too, also the problem of student suicides that made the papers last year. To my mind, an outline of  place is enough to evoke the fuller substance, if rendered carefully.  I hope I succeeded.


“As I was seized by the past, so are the people in my stories. A woman is visited by her mother’s ghost who takes up residence in order to deliver a cryptic message of redemption. Another grapples with a long-held belief that her father doesn’t love her. One is haunted by a lie she told as a way to cope with her sister’s death.


“Overall I’d say that my goal with the collection was to suggest that while roads take us away from home, they can, quite unexpectedly, return us to what we left behind and what might claim us once more.” 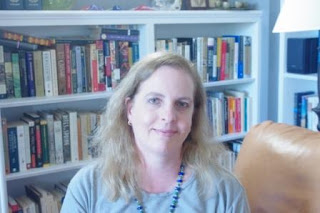 For more information, visit Anne’s website, Anne Leigh Parrish, or her book’s page at Press 53: All the Roads That Lead from Home.