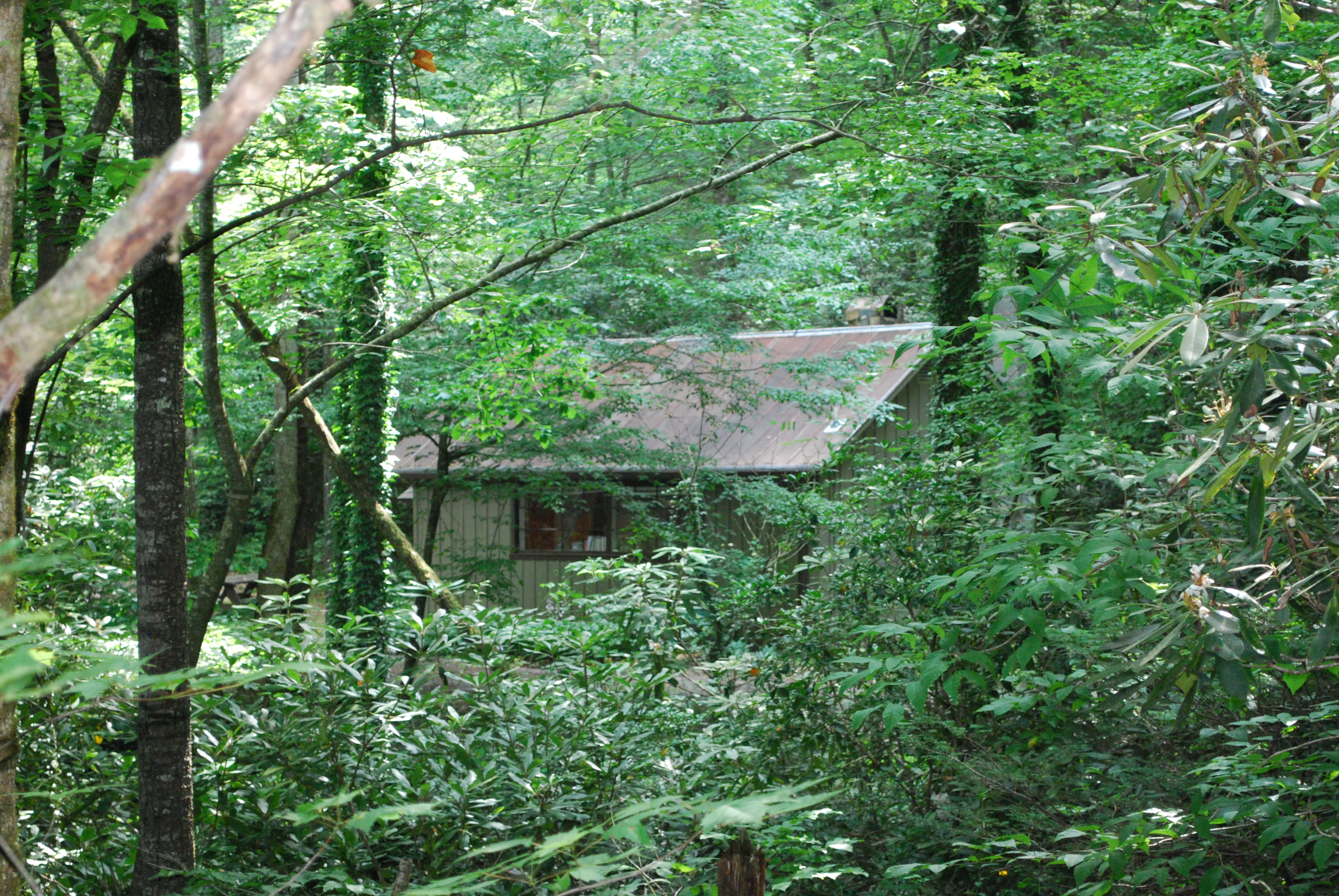 Got up a little earlier on Friday even though it was overcast and no sun. Made coffee, ate some breakfast, and got right down to work. I took a break at noon for lunch—although it was raining heavily, so I didn’t make the trek over to the Rock House to check email as I have the last two days—and managed to get quite a lot done. I’ve stopped for now at a spot where I know what comes next. Should be easy to resume tomorrow.

Haven’t even left the cabin today!

I did go over to the Rock House for dinner, of course and got on the Internet before it was time to set the table for dinner. Brian, the chef, said there would be 12 for dinner, but in the end there were several more than that. There’s this dance group here and more of them have arrived each day. It’s odd that they don’t let the staff know how many will be eating with us, though.

I had gotten a fair amount of work done during the day, and I guess I was thinking about that. Not in much of a mood to chit chat. So after the post-dinner cleanup (some people were still lingering at the table), I headed out. I made a run down the road to get cell service, though, because I’m feeling compelled to check messages (there was one, as there has been each day I’ve checked).

Back at the cabin and I didn’t feel like doing any more writing, so I read for a bit. I’m reading Dan Pink’s TO SELL IS HUMAN, which is making a couple of points, at least so far. First, most of us are in sales these days whether we think it or not and whether we like it or not. (That was true when I practiced law, for sure, even at the World Bank, and it’s definitely true now.) And, second, the most effective salespeople are the “ambiverts”—somewhere between introverts and extroverts (which, inexplicably, he spells “extraverts”). There’s research to back him up and some fun case studies.

[By the way, that’s Cove Studio pictured above, my cabin/writing studio for this residency.]