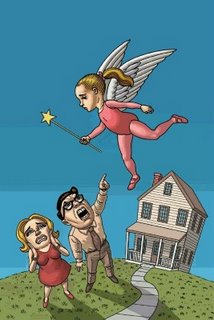 I love a good mystery. Not a mystery novel, really, since I find formulaic fiction tiresome, but a genuine what-the-heck-is-going-on-here mystery. So I am intrigued by page 117 of Fugue No. 31. The page is headed “THE EXPERIMENT” and contains a quotation, as if an epigram, from Virginia Woolf: “I thought how unpleasant it is to be locked out; and I thought how it is worse, perhaps, to be locked in.” And nothing else on the page. The previous page is a poem by John A. Nieves. The following page is a genre-bending piece by Mike Smith called “Aquaman,” but page 117 is apparently meant to stand alone and, in fact, is listed by itself in the Table of Contents. So what is going on here? Are the editors testing the reader? Who actually noticed that page 117 is a joke? Or maybe it’s metaphysical; like Woolf, the reader might feel locked in by words on the page. How liberating it is to let the imagination take us anywhere our own spirit chooses, never mind the pesky intentions of an author. The editors’ note provides no guidance. Hmm.

But besides the mystery, there is some enjoyable writing in this issue. “Yolky at the Warhol Museum” by Eric Shade was fun in a dark sort of way. Paxson and Gus are a couple of losers who sign on as hit for Farquhar, and their target Lee Giles, who owes Farquhar money, is another loser who has found temporary refuge in an MFA program. Paxson stumbles into a program party where the guests introduce themselves as either “poetry” or “fiction” much to Paxson’s confusion. I didn’t really love the ending or the point of view shifts in the story, so on the whole the story didn’t satisfy me, but I still had a great time reading it. Check out this interview with Shade at Southern Scribe.

I also enjoyed “Ghosts” by Rose Bunch. Because of the matter-of-fact way in which the narrator deals with various ghosts, I thought this was an amusing tale about a woman who, having made peace with the spirits haunting her house, stirs them up to pester the house’s whiny buyers. But then it turns out that the piece is an essay, so now I don’t know what to think. Put me down as a skeptic. Unless I missed the point.

Giselda Beaudin’s “Jawbone” was very well done, as was Rachel May’s “Just a Few Places I’ve Been,” which has a slow build while the characters are on a road-trip, but ultimately holds still long enough for the story to escalate and reach a solid resolution.

This issue also Urban Waite’s fine essay “A Varying Border,” about his “Mexican family that had been gradually erasing itself for four generations” and about his own experience in a racially mixed world. “There were many families like mine, many families with mothers of one color and fathers of another. My closest playmates then were the son of a black father and a Jewish mother, the daughter of a German father and a Chinese mother, a Muslim boy with a white stepfather, and two white brothers that lived opposite my house.” And yet, when, as a young man, someone shouts a racial epithet at him for the first time, “I was in that moment my great grandparents. For the shortest second, standing on the street outside my apartment I wanted to—like my grandparents and their parents before them—disappear into white America.” (Urban was one of my cabin-mates at Bread Loaf last month; he was the one who brought the bocce balls . . .)

Next up: New England Review