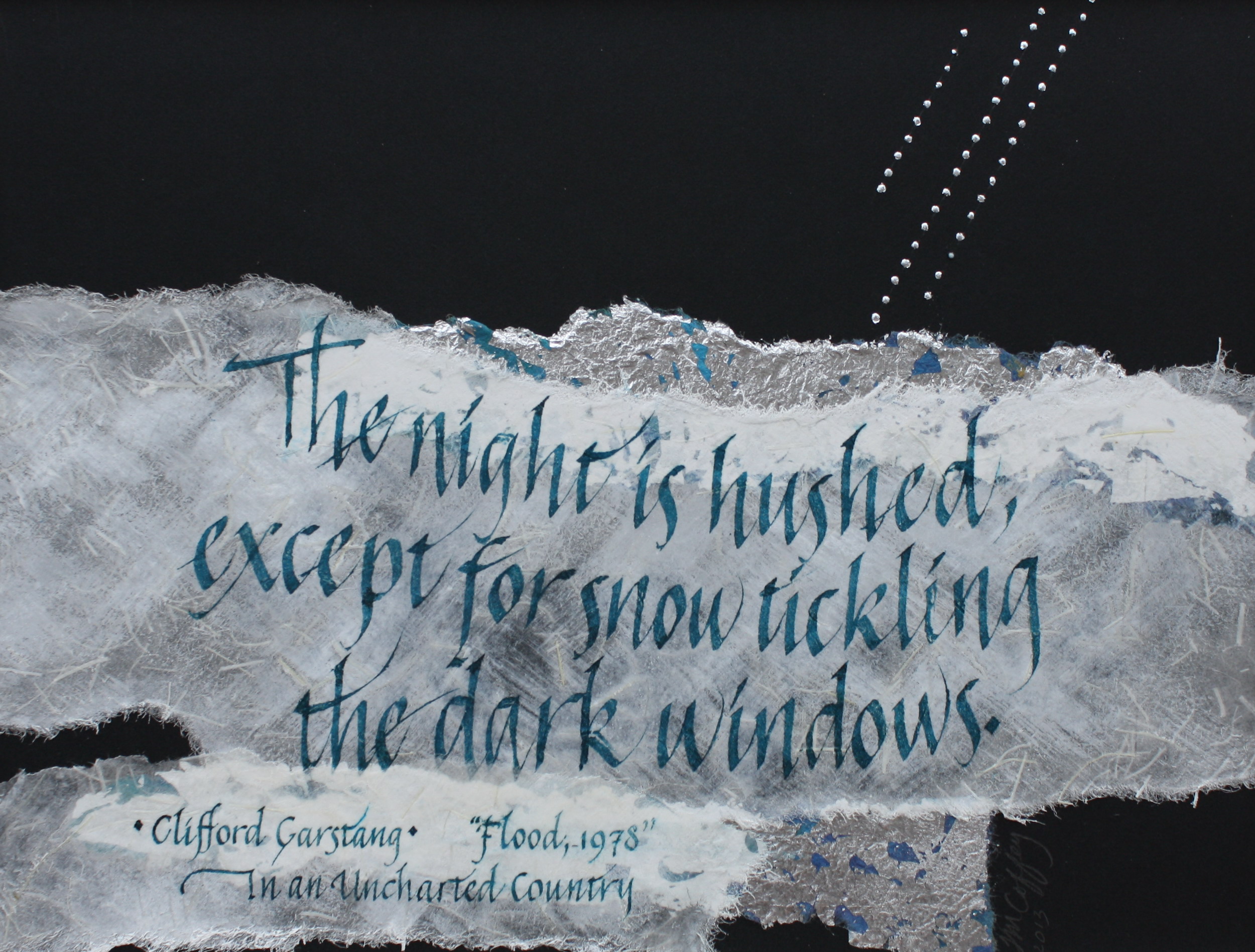 I was honored that artist and calligrapher Terry Coffey wanted to use the opening line from my book, In an Uncharted Country, as part of her exhibit Opening, which will run from March 1, 2013 through the Virginia Festival of the Book, at the Jefferson Madison Regional Library in Charlottesville. Terry has used the beginnings of books by several Virginia writers for this exhibit. I’m particularly thrilled with the way she has captured the snowstorm that is featured in my story “Flood, 1978.” Just beautiful. For more information about Terry and the exhibit, go to TerryMCoffey.com.