I recently began writing an essay for which I wanted to look at my first passport. I readily found my current passport and the other most recent ones (I keep them in a secure spot in the house), but I had a notion that the really old one was in a box in the basement. Happily, I didn’t have to look too long, and I was rewarded by finding not one but two old passports. 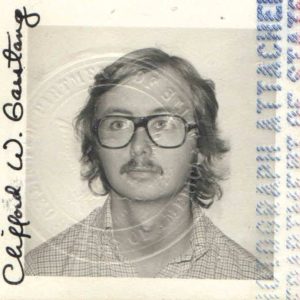 I apparently got my first passport in October of 1973. I was 19, a junior in college, and I wonder where I thought I was going? The address listed on the passport is my parents’ home in Indianapolis, even though I was living in Evanston, Illinois. Because of passport number 2, discussed below, I didn’t actually use this passport until I arrived in Taiwan (Republic of China) in December 1977, having completed my Peace Corps service in Korea that month. My backpacking trip on the long way home from Korea took me first to Taiwan, then Hong Kong, China (and because I had the ROC visa stamped in my passport, the PRC visa is on a separate slip of paper, which I still have), Thailand, Malaysia, Singapore, Indonesia, and Poland (I got a cheap flight from Bangkok to New York on Lot Polish Airlines that included a brief visit to Warsaw). 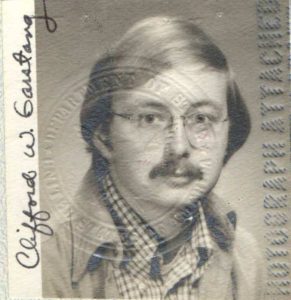 My second passport was a “No-fee Passport” I received when I joined the Peace Corps, a document that showed I worked for the US Government and, I guess, afforded me special privileges, although I have no idea what those might have been. The issue date is November 1975 and the stamp in it shows that I arrived in Seoul on January 10, 1976, made one trip out of Korea—to Japan, in January of 1977 during my Winter break from teaching—and left Korea for good in December of 1977. 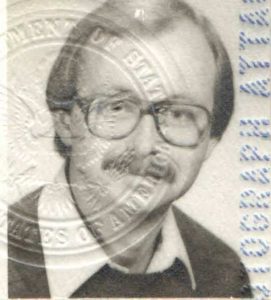 Both of my passports then expired in 1978, which wasn’t a problem because I was deep into graduate school and had no travel plans. But at about the time I graduated from law school in 1981, I must have thought my travelling days were about to return because I got a new passport in August of that year. It wasn’t until 1983 that I put the passport to use, however: I spent two weeks in Paris that year, for my first European vacation. I was 29. And then the travel got serious. With this passport, I arrived in Singapore on the last day of December 1983 (for tax planning purposes, to prove expatriate status for 1984) where I was taking a job in my law firm’s office there. It’s difficult to track individual trips, but this passport, which had extra pages added at some point, includes stamps for Thailand, Japan, England, Hong Kong, Brunei, France, Indonesia, Malaysia, Cyprus, Dubai, Denmark, Korea, and, of course, Singapore. (I think I also travelled to Italy, Switzerland, Norway, and Sweden on this passport, but Europe isn’t consistent with their stamps.) 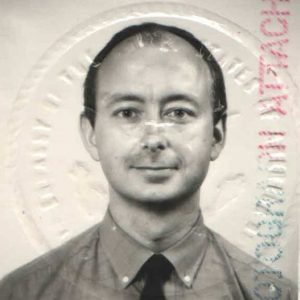 When that passport expired in 1986, I got a new one. I was still living in Singapore at the time, and this passport includes the following stamps: Thailand, Macau, Hong Kong, Japan, Bangladesh, Portugal, Singapore, Maldives, Sri Lanka, Philippines, Indonesia, New Zealand, Australia, Malaysia, Nepal, Taiwan, and a visa for Burma, although I didn’t actually get to use it. In 1991 (by this time, passports were good for ten years instead of five), more pages were added with stamps of many of the foregoing countries plus Cambodia and Vietnam. In 1993 I returned to the US for a year of graduate school, and then with a different job my stamps moved to a different part of the world: Kazakhstan. (I made several trips back and forth to Almaty that year, transiting in Frankfurt, and there is one German stamp.) 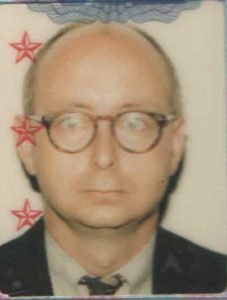 My next passport was issued in October of 1995 as the previous one was near its expiration. I recall that I was living in Washington DC and anticipating doing more consulting work in Central Asia, and I also came quite close to taking a job back in Singapore. But in January of 1996 I began working for the World Bank in Washington and again my stamps reflected my work in Asia: Singapore, Hong Kong, Thailand, China, Indonesia, Japan, Vietnam. I got pages added in 1999 and more stamps from all of those countries. 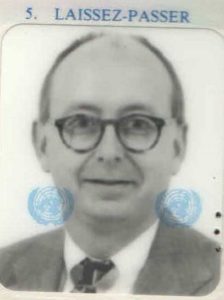 But in 1996 I also got my first Laissez-Passer, the United Nations passport, because the World Bank is considered part of the UN system, and for work-related travel most of my visas and stamps appeared in that document: Indonesia, Vietnam, China, and South Korea, the countries I visited most for my work. 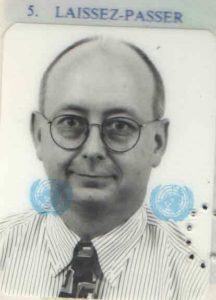 The LPs were only issued for 2 years, so in 1998 I got a second one: Korea, Vietnam, China, and a new country for me, Lao PDR, which I visited once, in January 2001, shortly before I left the World Bank (the LP was renewed in 2000 and continued to be valid).

After I left the World Bank as a staff member, I continued to work and travel for them as a consultant, and I went back to using my 1995 US passport. I recall that I was preparing for a trip to Asia in early 2002 when disaster struck—the passport got lost! My standard procedure was to send my passport to my assistant at the Bank who would get it to the travel office to arrange for the necessary visas. So, well in advance of the upcoming trip, I mailed it to her. But this was during the anthrax scare, and I didn’t realize that all mail to the bank was being routed to a facility for testing or radiation or something. My passport didn’t arrive, so on an emergency basis, I applied for an expedited passport for which I had to go up to the passport office in Washington. (The missing passport turned up many years later, was canceled, and is now part of my collection.) 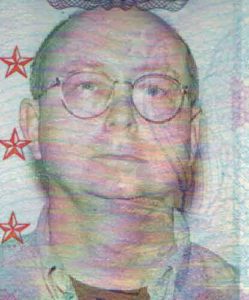 So, my replacement passport was issued in January 2002 and on it, I traveled to Cambodia, Singapore, Thailand, Indonesia, and China. In 2004 pages were added but the only stamps on the new pages were for several more trips to China. (They usually only gave me a single-entry visa, which takes up a whole page.) I also went to Mexico several times with this passport, but apparently earned no stamps. 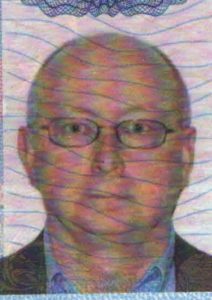 With my latest passport due to expire in January of 2012 and two trips on the docket for the year prior (taking me into that period prior to expiration—6 months usually—where countries won’t issue visas or allow entry), I got a new passport in March of 2011. I visited Korea and France that year (although my port of entry to Europe was Germany, so that’s what my arrival stamp says). And the last stamps in this passport are Singapore and Indonesia, where I visited in 2017, although I’ll be putting the passport to use later this year.

All of which has little to do with the essay that prompted the search for the old passports. More on that later.