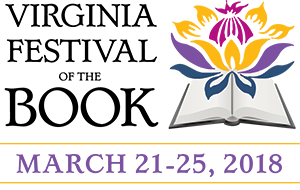 Shortly after I moved to this part of Virginia I began to attend the Virginia Festival of the Book in Charlottesville. I would sit in audiences at the Barnes & Noble or the library or the New Dominion Bookshop and imagine what it would be like to one day be an author on one of the panels, talking about my books. Eventually, after the publication of my first book in 2009, that dream became a reality, and since then I have either been on a panel talking about my own work or have moderated a panel featuring other authors every year. This year I moderated two fiction panels, and I continue to be delighted to be part of the festival.

We got off to a rocky start this year, though, as weather affected the festival’s first day. Where I live, 40 miles west of Charlottesville, in the Shenandoah Valley, we had between 6-8 inches of snow that day, so I spent the afternoon shoveling my driveway instead of attending book discussions (many of which were canceled, anyway). By Thursday, however, the roads were fine and I had no trouble getting over the mountain and to the Noon session I was moderating. The title of the program was Fractured Characters and featured fine novels by Jessie Chaffee (Florence in Ecstasy), Noley Reid (Pretend We are Lovely), and Lauren Sanders (The Book of Love and Hate). We had good attendance, the authors were prepared and eloquent, and everything went smoothly.

I then went over to Tilman’s, a new restaurant on the Downtown Mall, for a private event with Lisa Ko, author of The Leavers, the first “Carol Troxell Reader”—supported by a fund to which I’d contributed named in honor of the late owner of the New Dominion Bookshop. That was fun and I enjoyed chatting with Ko and hearing her speak about her excellent book (which I had read the previous week in anticipation of meeting her). As if I hadn’t had enough book talk for the day, I hurried home for the monthly gathering of my book club. The book club (a mostly non-fiction club called Reading Liberally) meets in a restaurant that has a habit of screwing up the reservations I make, so I wasn’t surprised when the staff had no record of my reservation for 14 people! We waited while they made up a table and I fumed, but then we went on with our dinner and discussion about a collection of anti-Trump books. (We mostly agreed that we are sick of talking about Trump and so will read other sorts of books in the future.)

I had no Festival duties on Friday, but there were several panels I wanted to attend, starting at noon. That was a panel with Jon Pineda—a versatile writer who has published books of non-fiction, poetry, and fiction—and Wiley Cash. I know Jon, who teaches in the MFA Program at Queens University of Charlotte and had previously met Cash, but it was fun to hear them talk about their new books. I already had Cash’s novel, The Last Ballad, but Jon’s book, Let’s No One Get Hurt, had just been released so I picked up a copy of that. This panel was done in an interview format and the charm of both authors came through. Then there was a panel on International Stories featuring Annabelle Kim (Tiger Pelt), Katia Ulysse (Mouths Don’t Speak), and Adrienne Benson (The Brightest Sun)—books set in Korea, Haiti, and Kenya, respectively. I enjoyed all three of the authors’ remarks and got copies of their books. Although I was tempted to squeeze in another panel at the end of the day, I had made plans to see a play that night at the Blackfriars Playhouse in Staunton, so I headed home. (The play, a rarely performed play by John Marston called Antonio’s Revenge, was excellent. And bloody.)

Saturday is the Festival’s biggest day. In addition to literary programs in all the usual venues, the Festival’s Crime Day and Publishing Day happen at the Omni Hotel, along with the annual book fair. I did a quick pass through the book fair and then started my day back at the library for a panel on “Epic & Audacious” Fiction, i.e., fat books. This program featured Elizabeth Kostova (best known for her novel The Historian but now out with her new book, The Shadow Land), Martin Seay (who went to the same MFA program I did and has published a novel called The Mirror Thief), and Brendan Mathews (who was my suite-mate when we were Scholars at the Sewanee Writers’ Conference in 2006 and has now published his first novel, The World of Tomorrow).  They all gave fascinating talks about their work and, naturally, I bought their books. They’re big ones, though, so I’m not sure when I’ll get around to reading them! I then gave myself some time off for lunch because there is a new Korean restaurant on the Downtown Mall I wanted to try. It’s good. I expect I’ll go back. After lunch, I decided to attend a panel on suspense thrillers. I can’t say it was terribly helpful to me as it is far from what I write or read. I was hoping the authors would talk about the craft of writing suspense, but it was mostly about what it’s like to actually work at the CIA. Interesting, but not terribly helpful. Then I decided to attend the program on the new-ish biography of Elizabeth Bishop by Pulitzer Prize-winner Megan Marshall, Elizabeth Bishop: A Miracle for Breakfast. That was fascinating and I was glad to come away with a copy of the book.

Then it was time for one of my favorite events of the Festival—the Authors’ Reception. Good food, wine, and mingling among the Festival authors who were still in town.

On Sunday, I had one more event to attend—the panel I was asked to moderate with Chris Offutt and Janet Peery, both of whom have new novels out–Country Dark by Offutt and The Exact Nature of Our Wrongs by Peery. Before I got there, while I was strolling around the Downtown Mall, I ran into Peter Ho Davies, a former teacher of mine, so we got to chat a bit. (I’d also seen him at the AWP Conference in Tampa the week before, so there wasn’t much catching up to do.) The program at New Dominion got off to a bit of a rocky start when it turned out Chris had not received my email with my outline of the program. The only email address for him was the one given to me for his publicist at Grove Atlantic, who may not have forwarded my message to him. So he was not prepared to say much or read anything from the novel, as Janet was, having assumed the format would be strictly an interview and conversation. Fortunately, I did have plenty of questions prepared, so Chris improvised for a few minutes, then Janet spoke, and we launched into questions. It actually went rather well, I thought, but I was relieved when it was over.

That was the end of the Festival for me. And now I’m ready to get back to my own work! Dates for next year are March 20-24, 2019 (the week before AWP in Portland). (I guess it’s too early to worry about, but the two events will next coincide in 2022 when AWP will be in Philadelphia. How can I be in two places at once?) 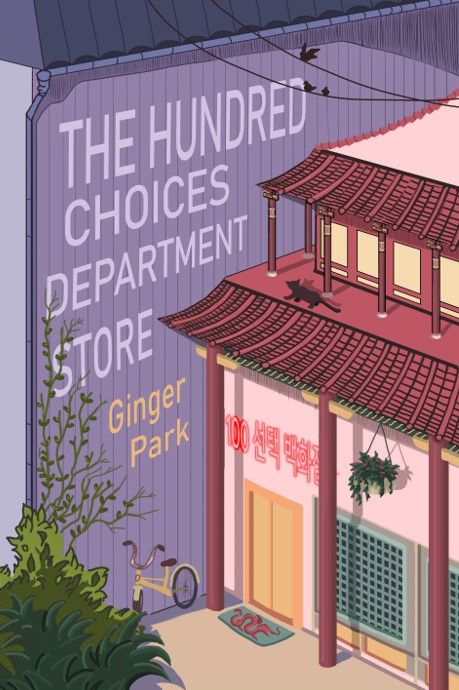