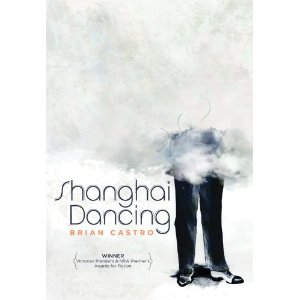 As lyrical as a book can get, this one will be a tough read for some. The beautiful prose is dense and hard to follow in places, and the meandering plot sometimes seems to get lost—or to lose the reader. But perseverance is rewarded.
In its scope, the book reminds me of a The Book of Fathers

, the Miklós Vámos book I reviewed here last year.  Both books are family sagas that sprawl over a few centuries. But while Vámos’s story is chronological and more or less straightforward, this one jumps around in time and is anything but straightforward.
The focus is on António Castro, the child of Jasmine Wing, third wife of Arnaldo Castro. The family is a mix of Chinese, English, and Portuguese, and the story takes place primarily in Shanghai, Hong Kong, and Macau, with detours to Brazil, Japan, Australia, and England.
Even the point of view of this book is complicated. It seems to begin in second person (which is really first person, since there can only be a “you” if there is first an “I”): “Winter had descended on Shanghai. There was no real hope of finding tomatoes. You went looking anyway. It was a cure of sorts. No, not the tomatoes, but the search.” And then the “I” does reveal itself—he’s the current generation of the family, looking to solve some family mysteries.
We learn that the narrator was born in Shanghai, but: “It wasn’t long before I was sent away. I survived forty years in Australia. My mind was never right. Time went by. Then I got the urge to return to China. To those rising and falling cities, now and then uncovered by the tide of memory. To pursue the emptiness of things disappearing all around.” And so he’s back in Shanghai on a journey of exploration, beginning by trying to track his father down. (I loved this section, as I’ve spent some time in Shanghai and have been in the Peace Hotel, where the narrator stays.) He also meets Carmen Wu, who will feature throughout. Through old photographs—reproduced in the book—the narrator explores the pre-war Shanghai of his father.
Then he’s in Hong Kong, where his father moved after the war. (I loved this part, too. He stays in Chungking Mansion, which is the dump on Nathan Road I stayed in as a backpacking tourist in 1978.) And so he explores the exploits of his father and his mother’s brothers, one of whom as become a wealthy real estate and shipping tycoon. There he meets a cousin, Cindy Ling, born after he was sent to Australia.
After an interesting detour in which the reader learns the story of his grandmother’s arrival in China from England and he contemplates travel to England in order to learn more about her, there is a curious switch back into second person. In one paragraph we’re in first (“What had happened in China would have to be pieced together, and I would begin at the Liverpool YMCA . . .”) and after a space break we’re in second for the journey to England: “Now you know why you found it so easy as well, travelling light without knitted brows and chafing hands . . . You think more about her in that Shanghai winter . . . You sit on your grandmother’s heavily bandaged knees.” But upon arrival, we shift back: “At Heathrow they asked my name . . .”
This switch isn’t just a mistake, obviously. The author clearly had a reason. Is there a sense that the narrator is, in a way, a split personality? That he feels disconnected from his grandmother? Clearly the distance in time—it’s been at least 40 years—suggests this is the case. But there seems to be more at work here. This narrator isn’t sure who he is, or he isn’t sure who anyone is, really. And so it isn’t surprising that he occasionally steps outside of himself (this about his grandmother isn’t the last time the shift into second person happens). It’s an intriguing technique.
He returns to Hong Kong and accumulates more information about the family—connections to Macau Triads, to the Nagasaki Martyrs of the 17th Century, to secret children, to stashes of inexplicable Chinese calligraphy that might or might not hold the key . . .
It gets more and more complicated and leads to a thrilling climax. Quite a book. It’s a fascinating, imaginative retelling of the history of Southern China, filled with characters who are both unfamiliar and unforgettable. I’m looking for more books by Brian Castro.