>I reversed the subway trip, except that there were a million middle school kids crowding the ticket dispensers–not enough machines for a crowd like that, which seems to be a common problem here–so I had to join the mob to get mine.

I then strolled through Insa-dong, a touristy area near my hotel that has lots of kitschy shops and art galleries. It used to be a chic neighborhood for galleries and antiques, but that seems to have been lost. Lots of restaurants now, and tourists. My real target, though, was the nearby Jogye-sa, the main temple of the Jogye sect of Korean Buddhism, which claims to be the largest sect in the country. (Korean Zen, or Seon, Buddhism is also big — I may try to get to a Seon temple today, although the one I know about is outside the main city.) 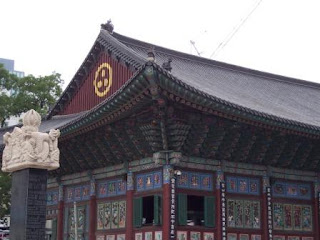 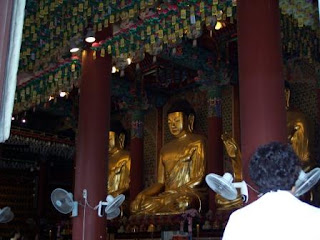 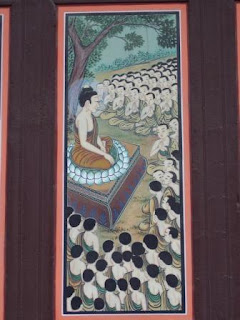 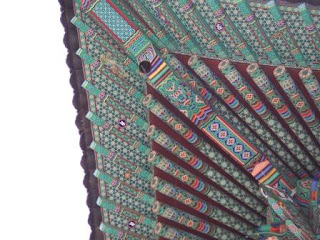 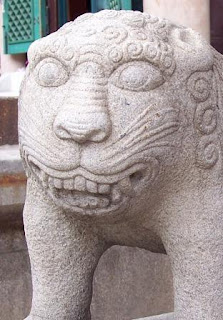