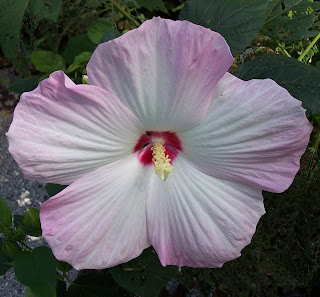 Friday was a great day. We started with the last Fellows’ reading. First, Jehanne Dubrow read from her book Stateside. Then Cheryl Strayed read from her forthcoming memoir, Wild. And last, M.O. (Neal) Walsh read from his story collection, The Prospect of Magic.

We then were treated to Robert Hass’s craft lecture, which began with a plug for Riverofwords.org, an organization that raises awareness of the environment while also promoting child literacy. The subject of the lecture was “One-ness” (with a promise of Two-ness, Three-ness, and Four-ness to follow), by which he meant he would look at the building blocks of the units of poetry–the line, the couplet, etc., but also the rhythm that these basic combinations generate. He even applied his talk to fiction by commenting that a story arc is a sentence: “We’re verbs until we die, and then we’re nouns.” It was quite interesting and is derived from a book he’s working on about form.

During workshop time after lunch, my fellow workshop fellow, Cheryl Strayed, and I met with a number of the workshop participants to give them an opportunity to ask about publishing, agents, etc. I was glad for this opportunity because, although I’ve met with some of the participants privately, it doesn’t seem as though I’ve been as helpful to people as I could be.

Then we had the final staff reading, with poems by Caki Wilkinson and fiction by Kevin Wilson. Kevin read one very short story and a longer story that cracked everyone up. Typical Kevin. (This week, Kevin also published a story in Prime Number Magazine, which you definitely should take a look at.)

The evening’s entertainment was a reading by Mark Strand. Some very playful stuff.