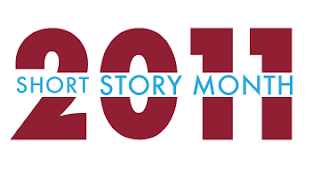 I’m not sure why it is, but I don’t love stories about kids. I just don’t. So I probably didn’t come to “Summer, Boys” by Ethan Rutherford, in Issue Number 145 of One Story, with the right frame of mind.

Which is not to say I didn’t like it. I think the writing is great. I love the sentences, some of which are these great sprawling things of the sort that I like to write. And I also love the point of view, which is unique in my reading experience. (It’s basically simultaneously from the point of two boys, best friends, who have just finished fifth grade.) The issues the two main characters face, while important to 10 year olds, don’t greatly interest me.

In any case, these two boys–we don’t get their names because they’re basically interchangeable–spend all their time together at one boy’s house. They live Seattle and are big football fans generally and Brian Bosworth fans in particular. But in this transitional summer, something happens. They spend a little time with an older boy, a cousin, who is a skateboarder, and so they abandon their bikes in favor of skateboards. The older boy also doesn’t care about Bosworth, or football, and while he enjoys a cartoon the boys like (Godzilla stomps on Bambi), he says he’s got a movie to show them and will return with it the next day. When the older boy doesn’t show up, the younger boys don’t know what to do with themselves. Eventually, one of the boys goes home and they are separated for a few days–their first time apart. The separation is painful, but finally it ends and they watch the older boy’s movie–which appears to be porn. (“Both of them know what they are watching, neither of them knows whether they should be watching it.”) But the boys don’t even hear the movie, or the approach of the father coming down the stairs. They hear only each other: “One friend is clumsily showing the other–the other, who knows nothing of himself, except that he wants to be included. There is milky, hairless skin. . . There is a flaccid taste, the bending of limbs, and a strange, tongue-less kiss.”

Okay, then. A couple of kids discovering their bodies and cementing their friendship. I wish there were more to it.