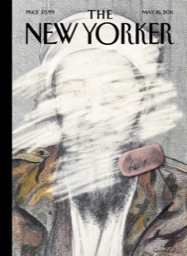 May 16, 2011: “The Cat’s Table” by Michael Ondaatje
I liked this fiction a lot—Ondaatje is a great writer—but it’s not a short story. (Then why is this post labeled as being part of Short Story Month? Because it’s what I read yesterday hoping it was a story; a novel excerpt will have to do.) Ondaatje’s novel of the same name will be coming out later this year and it seems like it’s going to be a good one.
What I really liked about the piece, especially at the beginning, was the point of view, although in this excerpt it isn’t taken advantage of fully. I imagine the book might do a better job of it. We begin in third person, a description of a boy on his way to a ship, riding through the streets of Colombo. (“He was eleven years old that night, green as he could be about the world, when he climbed aboard the first and only ship of his life.”) But then a shift to first person: “I do not know, even now, why he chose this solitude. . . I try to imagine who the boy in the narrow bunk was. Perhaps there was no sense of self in his nervous stillness, as if he were being smuggled away accidentally, with no knowledge of the act, into the future.” Then there is a jump and the “I” becomes the boy, suggesting that this is retrospection at its best—where the present and past characters are distinct. The opening of the story highlights the distinction, although of course we don’t know how this is really handled in the novel because the story abandons it here and becomes a straightforward narrative about the boy’s journey on the ship. (There is another brief glimpse of the retrospection midway: “What was I in those days? I recall no outside imprint, and therefore no perception of myself.”)
And that journey is interesting enough. The boy is seated at a table with 2 other boys and some interesting adults, each providing the opportunity for some shipboard excitement. One such adventure involves going ashore in Aden and returning with a smuggled dog who plays a role in the death of one of the other passengers. Then there is the boy’s cousin, who is also on board—an older girl who is attracting attention from some of the male passengers. And of course the boy himself has issues—his parent are divorced and he’s been living with relatives, but is now on his way to London to be with his mother.
It’s a very readable piece and suggests some of the themes of the novel. But it’s not a short story.