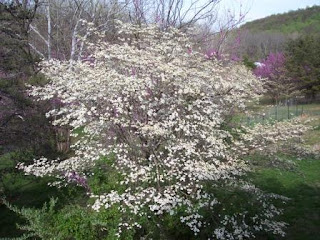 It’s Sunday. Easter, although that’s not my thing. I’ve been working on Prime Number stuff all morning–accepted some wonderful stories–and I’m about to turn my attention to house and yard chores, of which there are too many to list. (I’m a big fan of lists, but this one would take too long!)

Top priority is the yard. Lots to do out there, but I think the most satisfying accomplishment for the day will be getting the garden tilled. I have struggled with weeds each year I’ve done this garden, so I’m trying a new approach this year. I’ll lay garden plastic over the dirt, and cut through it to plant. I’m also not bothering with seeds this year, unless come across something I must have. Instead, I plan to get plants from the farmer’s market and go with those. Instant garden. Instant after the tilling, the laying of plastic, the digging, the mulching, the watering.

A couple of days ago I went down to the garden to inspect and move the compost around a little. The only sign of life, other than weeds, are some very healthy looking chives. When I was done, I left the gate open because . . . I’m not sure why. I guess I thought it would nice to let critters come in and eat the weeds if they wanted to. Yesterday I was walking the dog and he noticed something inside the garden fence (we were outside). He sniffed it and I discovered it was a big Eastern Box Turtle. When I went back later, it was gone. (I’d left the gate open again.)

The lawnmower broke. Again. While I was mowing. It’s a 10-year-old lawn tractor, although it had major service done last year. Yesterday I suddenly noticed that it wasn’t responding to the steering wheel as I was riding. I kept going straight, just so I could get a sense of the problem and then I saw it. The arm that connects the steering mechanism to the left front wheel was dangling loose. I stopped and inspected–a nut had disappeared. (I’m not all that handy, but it’s not hard to compare the same setup on the right and left and figure out what’s different.) So I searched my garage for a nut, found one–the largest I had–and gave it a try. It didn’t quite fit. Made a trip to Lowes, but the next largest was going to be too big! So I made do with the small one, and hoped I didn’t do damage to the bolt as I tightened. It’s not quite still, but at least I was able to continue mowing, and could steer.

I have to make a presentation in my French class tomorrow: Je me présente. I wrote it all out but I don’t think we’re allowed to use note . . .

Okay, gearing up for chores.