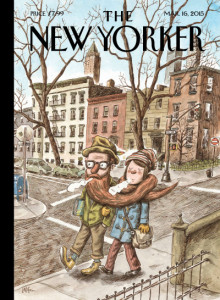 It’s 1972, Sid is 16, and he meets Bill, a tin foil salesman. Sid is an even-keeled kid with a furious sister and a little brother with a deformed hand. His life is okay but nothing special. One day at the grocery store he wins a “lifetime supply” of tin foil, which turns out to be eight rolls, but Bill also seems to be planning to give away his own possessions to Sid, possessions he no longer needs now that his wife has left him and he’s divorced. Sid is suspicious, and thinks Bill might be a homosexual. And that’s pretty much where the story ends.

As we learn from the Q&A with Sarah Braunstein, Bill is what’s waiting for Sid in the greater world, and Bill discovers that it’s not all that special.

Okay, that’s reasonable, and enough depth for the story to be worth reading. Still, can’t say I enjoyed it, but then I rarely am drawn to stories about teens or children.