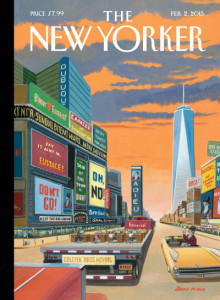 This story, set in Australia, has the feeling of a fairy tale, one that concludes with the main character’s epiphany. Alice is the daughter of immigrants (from the “Old Country”), but she isn’t valued as hightly as her younger brothers. She’s destined to help her mother around the house, raising the boys and indulging their whims. (The father is no help.) A young man shows interest in Alice, so suddenly she finds herself married to him. He’s pretty shallow, cheats on her twice, and after the second time they divorce. Then Alice’s mother finds her a rich older man to marry, and Alice finds herself taking care of him. All the while, Alice wishes she had someone to talk to, someone who knew her. At the end, though, she realizes that she’s her own person, and that she knows who she is.

The story is a bit like a Robert Coover story, although more penetrable. The men are all louses (lice?), but then it’s a fairy tale, so maybe that makes such misandry okay.

The Q&A with Elizabeth Harrower is interesting, and may shed some additional light on the story. (I like that she uses the word “awakening” instead of “epiphany.” It’s very interesting, also, that Harrower stopped writing fiction in 1971, and this story came to light because some of her work is now being republished in Australia.

And here’s a fascinating article about her from last year: Novelist Elizabeth Harrower has lived dangerously but kept her words to herself.

Lastly, it seems that The New Yorker published another of her stories in its pages last year, but I’m still getting caught up on the 2014 stories, so it will be awhile before I get to that one.