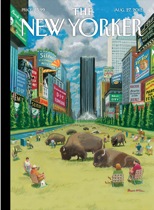 This isn’t going to be one of my favorite Munro stories. It’s about Vivien Hyde, a young woman from Toronto who takes a job as a teacher at a children’s TB Sanatorium in the north woods shortly before the end of WWII. She arrives, is given her assignment by Dr. Alister Fox (known as Reddy by the daughter of one of the staff), and begins work. She watches Fox, and eventually he invites her to dinner, then later to bed, then to marry. She goes along because she seems to fallen in love, despite his evident flaws.

But then there’s a problem.

The ending is standard Munro. After the climax there’s a jump ahead in time—ten years in this case—and we get a glimpse of the future and a non-resolution to whatever the problem was that the characters had to deal with. Fox relates better to men than to women, but is that meant to suggest a reason why he didn’t go through with their wedding?

I don’t know, but it isn’t a satisfying conclusion, in my opinion. I understand that the war is relevant, the isolation of the woods and the sanatorium, but I fail to understand Dr. Fox’s behavior.

14 thoughts on “The New Yorker: “Amundsen” by Alice Munro”