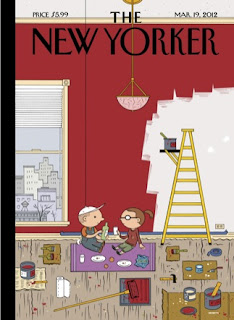 March 17, 2012: “Appreciation” by Rivka Galchen
This story begins well. It’s written as if it were the evidentiary record in a dispute between a mother and daughter over a sum of money. The contributions and faults of each are recounted and it seems that a decision is going to be reached by the end.
The mother, a widow, was making a good salary (until she was laid off); the daughter began with a small salary but gradually did much better. The mother helped her son buy an apartment and so she did the same with her daughter, although when that apartment was sold, there was a huge profit—the appreciation—to account for. The mother is well meaning, but to her daughter she appears controlling, and in fact, she retains control of that profit.
For me, the ending was unsatisfying, and the questions are left unresolved. The climax is too subdued.
The Q&A with Rivka Galchen isn’t much help.