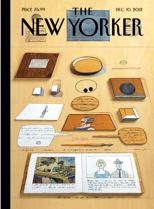 I encourage you to read this story, which is available for free online. But that’s only because I’m not sure what to make of it, or how I feel about it. It seems quite a departure for The New Yorker and for Millhauser, and there’s no Q&A with the author (that I’ve found) to help with explication.

The story begins with the Biblical story of the boy Samuel, working for Eli, the high priest of the temple of Shiloh. In the night, Samuel thinks he hears his name called, but it’s not Eli. It happens again and again and eventually Eli tells him that someone else—God—is calling his name. (How much of this is actually in the Bible I’ll leave to others; it’s been a long time since I’ve read that book.)

Now the story jumps ahead a couple of millennia to Stratford, Connecticut in 1950 and another boy, age 7, lying in bed at night waiting to hear his name called. Although his family is non-religious, the boy goes to Sunday school at the Jewish Community Center and he’s heard the story of the boy Samuel who hears his name called in the night.

Jump ahead again and the Author appears. He’s 68 (it happens to be 60 years after the boy in Stratford lay in bed listening for the voice in the night so we can suppose the boy is the Author) and he can’t sleep. He listens to the sounds of the nights, ponders reading something, then thinks of “the boy in the house in Stratford” and acknowledges that he thinks about that boy a lot these days. (The references are all to the boy in the third person, or sometimes second person, suggesting the Author’s distance from the boy, whether or not he is that boy.) He recalls that the boy was isolated in Catholic Stratford.

The story shifts back to Samuel, then the boy, then the Author as each prong of the story proceeds. (There’s a great section where the Author recalls that in the old days he’d recite “fistfuls of sonnets” to help him sleep, and then we get lines from a couple of familiar Elizabethan sonnets.) The Author relates the boy’s experience of family, with visiting grandmothers, living in Stratford, growing up Jewish in a Catholic neighborhood. He keeps asking himself, What is a Jew? (Or is that the boy asking?) And he recalls the lessons the boy learned from his family, including fighting against bigotry. And that his parents are both teachers—they have a “calling” (like Samuel being called in the night) and the boy, the Author, has a calling to write. 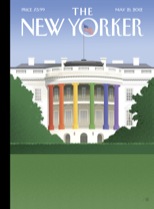