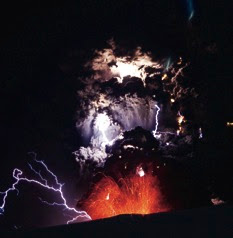 Let me first say that I’m annoyed with The New Yorker. Or the Post Office. For the fourth week in a row my copy of the magazine has arrived late. Significantly late. I know I could read the stories online, but I shouldn’t have to. It’s beginning to tick me off.
And if only they were worth the wait!
This story by Roddy Doyle is notable mostly for the banter between brothers Kevin and Mick about the crumbling state of Kevin’s marriage (and the defunct state of Mick’s). Kevin’s wife, Ciara, has announced that she’s leaving. Except she doesn’t. She stays and they have sex. She is late coming home one night and so he thinks it might be for real this time, but she comes home late and they have sex. And then she really does disappear, and he starts thinking that it might be permanent.
He’s dealing with their children and also getting bad advice from the well-meaning Mick, whose bad judgment doomed his own marriage.
Suddenly Ciara returns, along with the news of the Icelandic volcano that is spewing ash and shutting down airports all over Europe. And so the reader suspects—this reader, anyway—that the reason Ciara is back is that she couldn’t leave. Maybe she’d wanted to, but she couldn’t. “The airports were crowded and shut. There was no escape.”
But Kevin understands that the situation isn’t permanent. Eventually, the escape routes will open again.
The subject is a tired one, for sure, but it’s amazing that such a timely story has appeared in The New Yorker. And that’s about the best I have to say for it.
May 24, 2010: “Ash” by Roddy Doyle