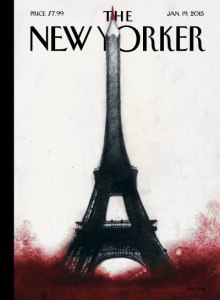 Weird story. I liked it. The first person narrator joins a queue in a small shop to buy bread from the Breadman. He’s there at the behest of his wife, Kathy, who has a standing order and also wants to loaves of the Breadman’s focaccia. It’s a fairly elaborate system. He has to sign in, include his wife’s account number, and preserve his place in line. (It’s reminiscent, I thought, of William Trevor’s “Bullet in the Brain”.) The narrator finds it all mildly amusing, until, while he leaves the line to pour himself some coffee, someone else takes his place. He comforts himself that he’s still at the end of the line, so it doesn’t really matter, but it bothers him anyway. (It would bother me, too, so I was totally relating to his discomfort here.)

No surprise: when they finally get to the front, the guy who has taken his place is greeted by the Breadman—he’s called “Spokefather”—and gets the last two loaves of focaccia. Our narrator goes a little nuts, especially when it turns out the bread is for Spokefather’s old dog. A confrontation and rapid unraveling ensue.

You might want to skip the Q&A with J. Robert Lennon if only because it reveals that the story isn’t really about anything. (Oh, he says it’s something about the mores of small communities, but that’s kind of vague.)