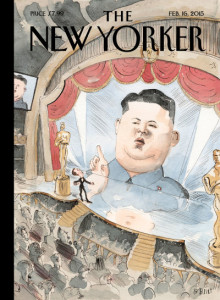 In the Q&A with Amelia Gray we learn that the story is a retelling of the Theseus myth.

The story begins realistically. The townspeople turn out in force for a carnival, especially the corn maze that Dale puts on every year to benefit the local fire department. Dale (Daedalus?) is doing things a little differently this year, though, and has created a labyrinth instead of a maze (unicursal instead of multicursal).  He also explains that this labyrinth has magical properties in that in the center you discover the one thing you desire most in the world. Most people turn away from the labyrinth at this point, but Jim, the main character, pays his money and agrees to enter. Inside, he can hear the voices of the other people and he realizes that they all consider him a coward because of something he’d done previously. He moves deeper into the labyrinth, though, and still hears the voices—except now they’re speaking of him with admiration for his courage.

Jim, apparently, wants to be admired by the townspeople. At the end, he is drawn to what is almost like a shallow grave and wonders if he might see the Minotaur (the beast slain by Theseus). Is that because Jim thinks killing the beast would further cement the new opinion the people have of him? Perhaps, but it isn’t clear that he’ll ever be able to emerge from the labyrinth now, so their opinion won’t do him much good. And maybe THAT’s the point.