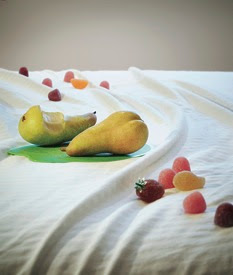 The June 7th issue hasn’t arrived. I’ve complained (again) to The New Yorker. I’ve finally given up waiting and have read the story online (or, to be honest, I was going to read it online but it’s a little long so I printed it out, which is exactly what I do not want to have to do).

The story is a good one. Very good (although, as is often the case, it seems, I don’t love the ending).

It’s the 80s. Madeleine meets Leonard in an upper-level semiotics seminar at Brown and they begin to date. She’s falling in love with Leonard, although she is also repulsed, and doesn’t quite understand her feelings until she reads a Barthes book assigned for the seminar: “the lover’s discourse is today of an extreme solitude.” This make sense to her. (It even makes sense to me.) But as Spring arrives, they’re pulling away from each other. So Madeleine makes a gesture, one to which Leonard reacts in a way she wishes he had not — pointing to more from the text of the Barthes book.

While the outer story here, girl meets boy and girl gets mad at boy, isn’t remarkable, the story appeals because the characters of Madeleine and Leonard draw the reader in. They’re solid; we can see them and even smell them. But the reason the story works for me is the inner story, its attempts to “deconstruct” the love affair and to put it in lit-crit terms, whether or not it even makes sense to do so.

Having said that, the ending is a bit unsatisfying. (I really do need to read more Eugenides, though; this was a good introduction.)