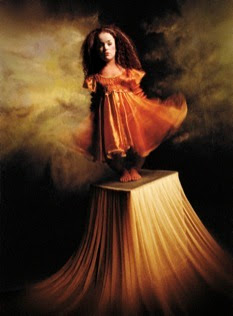 When the magazine publishes a found story by a dead author, I suppose all the rules go out the window. One can’t expect that a story written in 1954, as this one was, will resemble a modern story or follow modern conventions. And so there isn’t much choice but to give in to the story’s oddities and enjoy it. So, the first thing to note is that is the second Janet Frame story published this year; the first one came out in May and I commented on it here. The second thing to note is that a commenter at that time pointed out that Frame herself had been institutionalized as a young woman and came close to being lobotomized. I had not known that, but it puts this new story in different light.

Here we have Naida, a dwarf who has long lived in an institution. She looks forward to the day when she turns 21 so that she will be free, she can marry “the pig boy” whom she says she loves, and she can spend her honeymoon in Hollywood or Mexico City, which has not yet been decided. But Naida must first undergo an evaluation, although she doesn’t understand that it is an evaluation. And because she has not been educated, because her view of the world is distorted, it is clear that they will not let her free and that her dreams will remain only dreams.

This is a chilling result that the reader anticipates, but it’s the only way the story could end. If I have a quarrel with this piece it is in the opening, which is addressed directly to the reader by some unidentified narrator who then proceeds to tell the story of Naida. And I think it is reasonable to want to know who the narrator is and why he or she is telling the story. And we don’t get those answers. It’s a minor complaint, I think, in a moving story.

10 thoughts on “>The New Yorker: "Gorse is Not People" by Janet Frame”