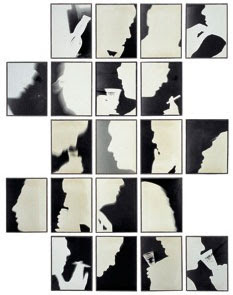 How about that? I actually like the story this week. I don’t know that it’s great, mind you, and I think the end could have been sharper, but for most of the story I was very happy. A young couple—who can’t have children, apparently—are preparing for a dinner party which the husband says is entirely predictable. And she goes along with it, even though she’s increasingly annoyed by his banter, because the couple they are expecting are really her friends, and he’s being pretty cruel about them. It’s clear that he doesn’t like them and that he’s being unreasonable. The dialogue throughout this scene is fantastic and it seemed like it would make a great play. Time goes on and the predictable becomes . . . unpredictable. The expected couple is a no-show and now the hosts have to figure out whether to be pissed or worried. She goes for worried, he goes for pissed. Eventually she goes to bed and he goes over to the guests’ apartment to see if he can find out what happened. And he does, but I won’t spoil that for readers who haven’t seen the story. The scene that results, though, is a classic climax where the real conflict of the story is dealt with head on in a scene that, if anything, could have been messier.

And then there’s the ending, which, as I said, I think could have been sharper. (Stories that end with one of the characters crying always seem like a cop out to me, even if the tears are earned.) Dissenting opinions?