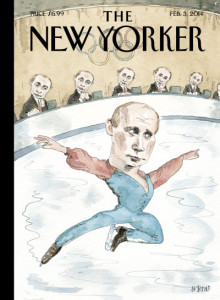 Still getting caught up with old stories. I remember hearing about this one last year because it’s set in this area. It’s fun to hear about local places—Charlottesville, Crozet, Afton Mountain.

After a confusing opening, this story, narrated by Billy French, a middle-school art teacher, continues in choppy sentences that seem to reflect suicidal Billy’s need for stability. Driving home in an old Mercedes, anticipating a date, he comes upon a downed tree branch and in trying to get the car past it he gets stuck, and then when he leaves the car it tumbles down the embankment. He’s still grieving for his dead parents and his dead relationship with Julia, the painter he’d lived with, as he deals with this problem, trying to drive the car back to the road. But he gets stuck again and is spotted by a boy who mistakes him for an expected doctor come to help with his sick mother. Billy doesn’t at first reveal the truth, although the boy’s father guesses it. The family is squatting in a shack in the hollow and the mother is dying of cancer. Because of the still-recent loss of his parents, Billy is sympathetic. At first he says he can’t help, but he realizes he has Ativan in his pocket. This he can do.

And of course this way of helping the woman is his redemption. Miraculously, the boy is able to rescue Billy’s car and Billy makes his way home.

I like it. As Antrim says in the Q&A with Donald Antrim, “Billy’s prognosis is good.” And I was pleased to see that the book, of which this is the title story, is already out: The Emerald Light in the Air: Stories