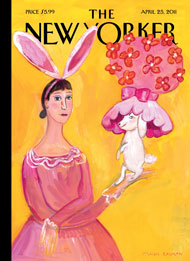 I can’t say that I loved this story, but I did love some things about it.
First, it employs a classic “stranger comes to town” catalyst, and it’s hard to go wrong with that. Szabo—we know everyone’s first name, but not the protagonist’s, which McGuane addresses in the Conversation with Deborah Treisman—is a business owner who also owns “property”—it’s not a ranch, he insists. Where I live he’d be called a Gentleman Farmer, which I think is a slightly derogatory term. Early on he slips off his beloved tractor and injures his shoulder, putting him out of commission right when the hay needs to be baled. (He grows high-quality alfalfa for local horse hobbyists.) So he hires Barney, who comes with references, to help out.
Barney works wonders on the property and also spends more time with Szabo’s mother than Szabo is happy about. He also criticizes Szabo’s relationship with his son—who is in prison—and generally interferes such that Szabo feels the need, when his shoulder is mostly healed, to fire him. But Barney’s not done causing trouble . . .
The story is behind the paywall, unfortunately, so unless you’re a subscriber you won’t know what happens. But not to worry, it’s pretty predictable.
The second thing I loved about the story is Barney, the stranger who comes to town. He’s a con man, as we guess from the beginning, but he’s a straight-talker. Szabo doesn’t really know what he’s doing with his property, but Barney does. He tells the truth to Szabo’s son, when Szabo really can’t. I like him.
I also like the way all the characters are introduced. We don’t meet them until the story needs them. First we get used to Szabo on the property, and it seems as though he is alone and isolated. But then he has his accident and wakes up in the hospital. At that point we learn about Melinda, his secretary (at the business we didn’t know about), who is calm and efficient. Then Barney shows up. Then we learn that Szabo’s mother lives an obstinately independent life nearby—first we’ve heard of her. Szabo is going on a trip—we don’t know why—but then we learn that he has a former wife, who is remarried and living in California, and the son in prison. Some of these things are details I might have been tempted to cram into the first page, even though they weren’t really needed there, and I admire McGaune’s patience.
In the end, though, the sudden crisis that arises between the father and son isn’t enough to rescue the story from the predictability of Barney’s behavior, so ultimately the story is a disappointment for me.
April 25, 2011: “The Good Samaritan” by Thomas McGuane