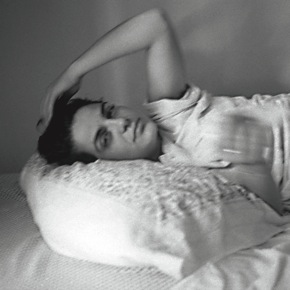 On a kibbutz in Israel, Zvi Provizor is known as the Angel of Death because he is always delivering news of some disaster or other that he hears reported on the radio. Ironically, though, he’s the kibbutz’s gardener and is lauded for his work in caring for the flowers and other plants. He’s also a bachelor who shows no interest in women and in fact doesn’t care to be touched by anyone. But he meets a young teacher, Luna Blank (Empty Moon?), and she grows interested in him. They spend a great deal of time together until she touches him, and that drives him away.
His rejection affects her, and eventually she leaves the kibbutz amidst rumors and allegations, and the gardener goes back to being the bearer of disastrous news (including the death of the King of Norway, which is where the title comes from).
Not only does all the bad news he hears suggest that he can’t bear the thought of bringing a child into the world, perhaps explaining his intimacy issues, it seems that the time of the story is not long removed from World War II, and Ben-Gurion is still Prime Minister. (He says, “I read in the newspaper that in Hiroshima, ten years after the bomb, there are still no birds.”) Perhaps his experience in his native Poland shaped his fascination with the horrors he reports to his fellow kibbutz residents.
It’s a readable story (sorry if you don’t have a subscription because it’s not online), but it seems to just stop rather than end.
January 17, 2011: “The King of Norway” by Amos Oz