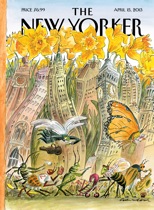 Paul and Mallory, graduate students on break between the summer and fall terms at their Midwestern university, are fighting, and the story backs up to how it all began: they live together; they went out to visit friends who are renting a farmhouse for the summer; on the way they encounter a car in the road, the occupants of which are a young couple having some kind of dispute. Paul wants to ignore them and not get involved, but Mallory wants to aid the young woman. The woman doesn’t seem to want help, however, and so Paul drives on to their friends’ house. Once there, Mallory and the female friend head off on bicycles to see if they can help.

Paul and Mallory are arguing, they go to a bar where they encounter the couple from the road. More arguing. Later, a satellite blazes across the sky and Paul is tapped on the shoulder by what is apparently debris from the satellite. Later, as they continue to argue, Paul runs into the arguing couple again.

I find the story entertaining. On the one hand, the satellite might be a fairly heavy-handed metaphor for Paul and Mallory’s relationship, which is clearly in the process of a crash and burn. But it does more than that, too: there’s a piece of it left that Paul wants to preserve but that Mallory wants to discard as “dirty.”  That the satellite literally taps Paul on the shoulder suggests that the universe is sending him a message (as hinted at in the Q&A with T.C. Boyle). It’s also a pretty random act—the odds against it are pretty small—as is the coincidence of running into the arguing couple 3 times in one night.

In the end, though, the satellite has run its course and so have Paul and Mallory.