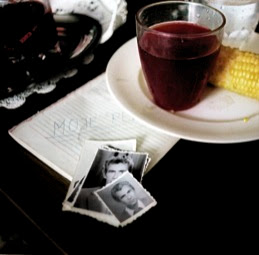 Although I have some doubts about the ending, I thoroughly enjoyed reading this story, probably because I like stories with unsavory protagonists. Here we have a Bosnian who, along with other members of his family, has emigrated to the U.S., but now that the hostilities in Sarajevo are in the past he has returned. Like Hemon, the protagonist is a writer, but unlike Hemon he is not yet well known. He receives an invitation to a reception at the American ambassador’s residence in honor of Richard Macalister, a Pulitzer prize winning novelist. The narrator attends, gets drunk and insinuates himself into Macalister’s evening, learning in the process that the man doesn’t drink, is a vegetarian, and knows something about Buddhism. Macalister comes to the narrator’s home the next day where the parents have prepared a feast, and the father tries to force meat and booze—it turns out Macalister is a recovering alcoholic—on the visitor. The narrator is horrified by the experience but Macalister is unfazed. Later, upon reading the famous writer’s latest book, the narrator recognizes the scene at his parents’ dining table, and the interrogation at the hands of the father (which, having just reread the famous Annie Proulx story, reminded me of the scene in “Brokeback Mountain” where Ennis visits Jack’s parents after Jack’s death).

The reason I have questions about the ending is that it quotes from Macalister’s book, and we see the scene play out slightly differently than it did in reality. The character the book is more eloquent than Macalister was when asked questions by the father. Is the difference significant? Or are we only meant to understand that Macalister benefited from the visit to the narrator’s home? On balance, I liked the story very much, but the “take away”—it’s ultimate meaning—isn’t clear to me.

Since we are nearing the end of the year, I should say it is time to start thinking about the best New Yorker stories of 2008, and I believe that this one would have to be a candidate. It’s certainly one of my favorites of the year so far.

September 22, 2008: “The Noble Truths of Suffering” by Aleksandar Hemon